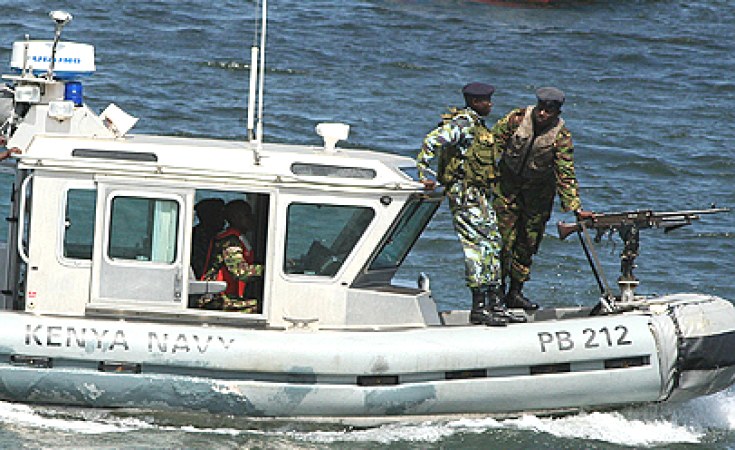 Gideon Matu/Nation
The Kenya Navy are preparing to join the fighting in Somalia.
The Nation (Nairobi)
By Mohamed Ahmed

The new members graduated recently at a ceremony held at the Kenya Navy Fleet Mkunguni, Mtongwe Navy Base in Mombasa County.

"To combat terrorism, the trainees are equipped with necessary skills and capabilities...to enhance a secure and safe environment," said the Kenya Defence Forces (KDF) in a statement.

The commandos are also expected to help create a stable environment in the blue economy, which is part of the national government's Big Four agenda.

Their training was run by the Kenya Naval Training College.

The commander, Major-General Jimson Mutai, said the "commandos' vessel had set sail for a long voyage destined for greater heights" and that "there is no docking or looking back".

"The storms might be dense and the tides may rise but the unforgiving natural calamities will not distract our vision in realisation of the set goals."

The Kenya Navy announced in June that the elite force was undergoing training to tackle global warfare at sea.

The Navy and the Kenya Coast Guard Service (KCGS) have also increased patrols along the the Indian Ocean coast to tame illicit trade. The targets include illegal fishing, drug trafficking and sea pollution.

President Uhuru Kenyatta established KCGS with the core mandate of securing Kenya's territorial waters, safeguarding the ports and preventing dumping of harmful waste in the sea.

The service also ensures vessels, seafarers and all sea users have licences for their operations, whether work, leisure or business.