ASHA Ibrahim, a form four student, preparing for this year's national examinations gave birth to baby boy in toilet at home. The baby is doing well although she was delivered at home without any birth attendant.

Asha (not her real name) lives with her grandmother who never noticed that her granddaughter was pregnant until the day she gave birth. The student also had made sure that none of her colleagues in class and teachers know that she was pregnant.

Since her giving birth remains a secret and she was in good health, Asha says that after just one week, she will continue with studies to prepare for the examination. According to the Zanzibar education law (spinsters act... ), girls who get pregnant while in school, are allowed to continue with education after giving birth.

But despite the friendly law, many girls drop out after pregnancy due to stigma and harassment from fellow students and some teachers. Pregnant cases like that of Asha are many, and have been widely reported in media, from different regions in the united republic of Tanzania.

For students under the age of 18, the cases are treated as rape. Underage and while still in school pregnancy are regarded as among Gender Based Violence (GBV), prompting increasing global outcry with different countries improving laws particularly introducing harsh penalty for the convict.

In Zanzibar, the criminal procedure Act has been improved by highlighting term of jail sentences ranging from five to thirty years imprisonment, making sexual offences non bailable, awareness among the law enforcers (police) and judiciary staffs has been improved.

According data from the ministry of health and pregnancies among the teenage or students result in health consequences: children likely to be born pre-term, higher neonatal mortality, teenage less likely to complete high school, and likely to live in poverty.

Maternal Mortality prevalence in Zanzibar has been decreasing gradually from more than 300/100,000 live births to below 270/100,000 almost a decade ago. The success are credited to the government and development partner for taking multiple measures to discourage child pregnancy and promotes spacing among adults.

Despite increased public awareness and strengthening of laws, the problem of pregnancy among underage and students remain a challenge that has prompted religious, human rights activists, and government leaders at all levels to thing beyond the normal practice, on how to address it.

Both the Zanzibar President Ali Mohamed Shein and his union counterpart Dr John Magufuli have improved the health sector with increased facilities, essential medicine availability, and training of medical staffs.

Dr Shein who is leaving office after serving Zanzibaris for ten years, is being honoured for 're-introducing free health care for all' and increasing health budget during his tenure (from 5bn/- to 12.5bn/-), while Dr Magufuli's splendid job in heath sector include increased facilities and improved provision of health services across the country (Tanzania mainland).

Researches indicate that despite recorded achievements, only less than 14 percent of the women between the age of 14 and 45 use birth control measures or modern contraceptive. There is a consensus view among actors that increased education/public awareness among all groups (children, adults, in both rural and urban areas) on 'reproductive health' is important.

It is to fact that the Tanzania Communication and Development Centre (TCDC) is calling for active media advocacy for reproductive health education, which include messages to encourage abstinence and promote the use of condoms and contraceptives by those who are sexually active, is the front line of efforts to prevent pregnancy, and sexually transmitted diseases (STDs) among adolescents.

In the past four years, TCDC has worked with journalists from various media houses- electronic and print, public and private, as well as social media actor including bloggers, in different regions, building their capacity in reproductive health, family planning, adolescent sexual and reproductive health, and demographic dividend.

These efforts equipped journalists with skills, policy frameworks and relevant data and their sources, apart from linking them with specific institutions and experts as news sources, encouraging them to engage political contestants during the 2020 general elections to solicit their commitment in the agenda.

"It is important to provide information, counsel mothers on reproductive health after delivery, and provide them with a contraceptive of their choice. These services are called Post-Partum - because they are provided after childbirth. These services ensure healthy birth spacing and have high impact on overall contraceptive uptake in the country," Ms Halima Sharif from TCDC says.

She challenged journalists with some potential questions that they could pose to candidates during the ongoing campaign: starting with, "Given the fact that only few women and teens understand reproductive health, and use preventives measures to prevent pregnancy or plan pregnancy, what key actions will you (Candidate) take to ensure women in your constituency have reproductive health and access services?"

Other questions to candidates may include: What would be your key approaches in bringing other stakeholders to be part of the effort towards ensuring that women and girls who are already mothers access reproductive health services?

Do you consider reproductive health a priority among many development priorities, and how will you ensure availability of quality and affordable essential medicines and contraceptives in your constituency? Reaching young mothers especially those unmarried may be a challenge, yet it is important to reach them with these services. What would be or is your plan?

How do you plan to improve access to Sexual reproductive health (SRH) information and services as part of efforts of reducing teenage pregnancy? With an average of six children per woman in the reproductive age (15-49), this means many children to feed.

How would you ensure that funds are allocated, disbursed and spent to facilitate child spacing and save mother and child lives?

Candidates including those vying for councillor, House of Rep, MP in the union parliament, and presidency are busy wooing electorates for votes, but TCDC's Nazir Yussuph also highlighted to journalists here the importance of encouraging candidates to include women and child health in their campaign. 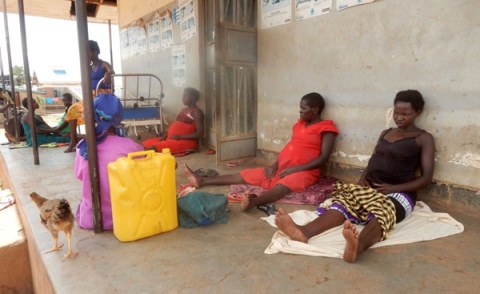 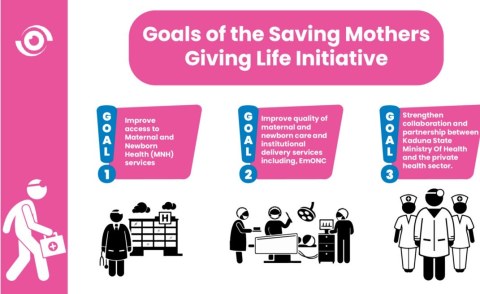 How a Systems Approach Is Reducing Maternal Deaths in Nigeria
Tagged:
Copyright © 2020 Tanzania Daily News. All rights reserved. Distributed by AllAfrica Global Media (allAfrica.com). To contact the copyright holder directly for corrections — or for permission to republish or make other authorized use of this material, click here.