Africa: The AU-EU Summit Didn't Prove Immune to COVID-19 – but That May Be a Blessing in Disguise 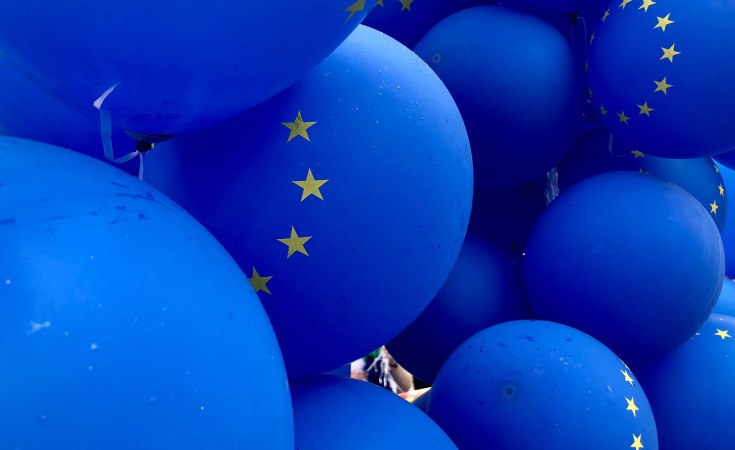 This year was supposed to be crucial for Africa-Europe relations, culminating in the sixth AU-EU Summit, scheduled for 28 and 29 October in Brussels. But then COVID-19 happened. After a long palaver, a decision was finally taken: the summit will be postponed to 2021, although a date still needs to be fixed. Geert Laporte explains why postponing may not be such a bad thing.

In the past few months, many wondered whether the summit would still take place, and, if so, in what format. Despite the COVID-19 crisis, Charles Michel, president of the European Council, pushed very hard to organise the summit in Brussels before the end of the year, with the physical presence of the 55 African Union (AU) and 27 European Union (EU) heads of state and their delegations.

Michel strongly believed in the importance of having everyone sitting in the same room (with the necessary social distancing), just as he did for the July EU Summit during which the next EU long-term budget was agreed. But a physical summit for which mainly elder African statesmen would have to travel to Brussels in times of COVID-19 was soon excluded by the African Union.

On the other hand, we heard from various sources that the AU, and particularly South Africa's president Cyril Ramaphosa, did not object to holding a virtual summit towards the end of the year under the South African and German presidencies and with the current African Union Commission of Moussa Faki Mahamat still in office.

The summit would be preceded by and prepared during the Joint Ministerial of the Ministers of Foreign Affairs on 28 September. The draft joint statement to be discussed during the ministerial, which was prepared by the African Union Commission, clearly showed the divergences between the two parties. Since only virtual dialogue would be possible to discuss and sort out these divergences, there are fears that the statement would never be ready in time. It is therefore very likely that the ministerial will also be pushed back.

Add to that the fact that also the negotiations on the future partnership between the EU and the Organisation of African, Caribbean and Pacific States (OACPS; formerly named the African, Caribbean and Pacific Group of States) were confronted with delays, while the announcement of a deal was supposed to be the main deliverable to be presented to the heads of state in October. For all these reasons, the EU side should be relieved that the summit will be postponed, although the European diplomacy will not openly recognise this.

What does postponement mean for the EU-AU partnership?

For more than six months now, the COVID-19 crisis has monopolised the political agendas in both Europe and Africa. But beyond the pandemic, there are some smoldering fires in the AU-EU partnership that need to be extinguished. In that sense there is probably an advantage to delaying the summit: it buys both parties time to sort out some of these longstanding divergences. To use a common expression in football: the extra time should be used to score a few great goals!

In the past years, the EU has been learning to cope with a growing AU assertiveness. African negotiators are more vocal in spelling out their priorities and they want the EU to align with these. Beyond the policy-making world, also some African think tanks have taken a growing interest in analysing Africa-Europe relations. The Institute for Security Studies (ISS) for instance has scrutinised the EU's Africa strategy and is organising a debate on key elements of the African agenda that might have been overlooked by the European side.

It is no longer security but economic transformation that comes first in Africa's strategies. The African Continental Free Trade Area (AfCFTA) is now at the centre of the continent-to-continent partnership. There is a clear wish to do away with distorted trade patterns of African exports to the EU that are largely made up of raw materials and commodities.

The AU-EU partnership should primarily promote investments in infrastructure, manufacturing and the diversification of exports, and it should support Africa in the fourth industrial revolution. Africa is not opposed to green and climate-friendly economic reforms, but it is worried that the ambitious European Green Deal will create a new type of protectionism by imposing new non-tariff barriers, such as the carbon border tax that may affect access to the European markets.

At the political level, the African side is asking for structural solutions to the migration and mobility issue that has been a divisive issue in the partnership for several years. The AU asks for the expansion of legal pathways for mobility and labour migration, particularly in the sectors of business and education. Also the issue of remittances and diaspora investments, severely affected by the pandemic, remains an issue of major concern.

When it comes to value- and governance-related issues, there are still major stumbling blocks that need to be tackled, with Africa and Europe still very distant on issues such as human rights of lesbian, gay, bisexual, transgender and intersex people; sexual and reproductive health rights; the International Criminal Court; and the broader value, rule of law, human rights and governance agendas.

For tactical reasons, the EU wants to sort out these sensitive issues in the ongoing negotiations on a future partnership with OACPS, so as to anchor these in a legal agreement. While it is widely recognised that the partnership has lost political traction, EU negotiators might be inclined to favour the negotiation of a deal over the same delicate political issues with the OACPS instead of engaging in more politically relevant but complex AU-EU continent-to-continent negotiations. Whether North Africa, which is not part of the OACPS, will subscribe to this approach, remains to be seen.

Who will pay the bill?

The structural economic transformation agenda combined with impressive measures to tackle the far-reaching implications of Corona will come at a high cost. COVID-19 accentuates economic problems that already existed on the continent with a slowing down of the economic growth since 2015. The economic impact of this crisis is likely to undo several years of progress. In a best case scenario, gross domestic product per capita in Africa will recover to 2019 levels in 2024. In the worst case, Africa will only return to 2019 levels in 2030.

Africa counts on major debt cancellation and it wants to be ensured of more international support and aid without restrictions and conditionalities. It is quite unlikely that the EU, that itself is going through an unprecedented crisis since the second World War, will be able and willing to deliver on these expectations. EU finance under the new NDICI instrument might still be at levels comparable to those of the past, but there might be changes in the types of beneficiaries and the conditions attached to it.

This is where the partnership might get stuck. European official circles are getting nervous over this African assertiveness, fearing that Africa is demanding a lot from the EU without taking strong commitments itself to undertake essential reforms in areas such as taxation and democratic governance.

We are witnessing a shift in the balance of power and the way the rules of the game are being defined between the AU and the EU, but all in all this is a healthy evolution. Chances are that there will be more balance in the partnership, and that major divergences between the two groups will be discussed more openly, with concessions and 'give and take' by both parties.

If time will not be wasted in the coming months, this could result in a thoroughly negotiated interest-driven partnership – one that could generate more political traction in both continents.

Geert Laporte is the Director of the European Think Tanks Group (ETTG), a network of leading European think tanks with 350 policy researchers working on EU international cooperation for global sustainable development.  He is also the Deputy Director of ECDPM.

The views are those of the author and not necessarily those of ECDPM.

Tagged:
Copyright © 2020 European Centre for Development Policy Management. All rights reserved. Distributed by AllAfrica Global Media (allAfrica.com). To contact the copyright holder directly for corrections — or for permission to republish or make other authorized use of this material, click here.