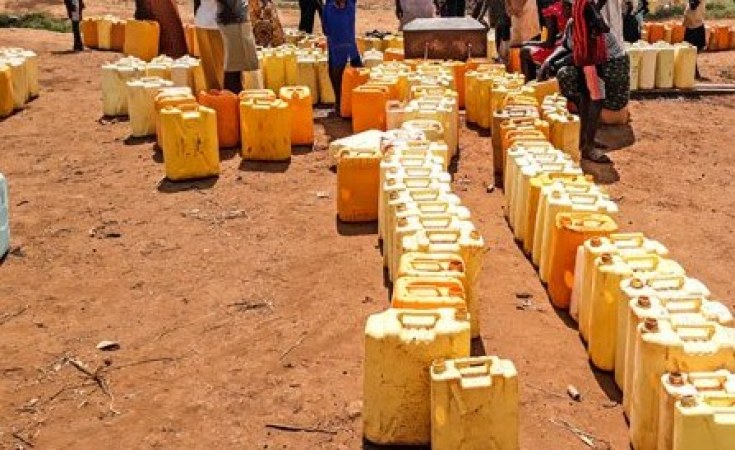 Nairobi — Uganda says it needs more funds to look after the 1.4 million refugees it hosts as dispute highlights tensions over resources

Uganda is investigating the deaths of 10 refugees and a local teenager in a dispute over water, a government minister said on Wednesday, urging the world to do more to help Africa's biggest refugee host country.

Violence erupted last week after a disagreement over who should have priority at a borehole shared between locals and South Sudanese refugees at a settlement in the northwest of the country.

A 16-year-old Ugandan cattle herder was killed after he refused to wait his turn at the shared waterpoint, sparking outrage among locals, said Musa Ecweru, Uganda's minister for disaster management and refugee affairs.

"The local community was very angry and blamed the refugees for the death of the boy. It was an unfortunate incident as lives were lost," Ecweru told the Thomson Reuters Foundation.

"What is clear is that we have limited resources for both host community and the refugees. We have to scale up."

Uganda hosts nearly 1.4 million refugees, the most of any African country. Most have fled conflict in neighbouring South Sudan and the Democratic Republic of Congo.

The East African nation has been praised for its progressive policies towards refugees and is often cited as an model of peaceful coexistence with locals.

But a lack of support from international donors in recent years has left the Ugandan government struggling to provide basic services such as water and electricity to both communities, say officials and charities.

More than a dozen refugee houses were burned to the ground and 26 vandalised and looted, said the United Nations refugee agency (UNHCR) in a statement on Monday.

"In an environment of scarcity of resources, tragic incidents such as that of last Friday are alarming, as both the host and refugee communities face increased hardships and decreased access to basic services and livelihoods," said Boutroue in a statement.

The UNHCR needs almost $360 million to support refugees in Uganda in 2020, but has so far only raised 22% of the funds required, according to latest UNHCR data.

Ecweru said that meant 400 families were having to share water points built for just 200, while a lack of electricity meant refugees were cutting down trees resulting in deforestation.

"We have been facing donor fatigue for some time due to competing crises around the world such as Syria, but the international community cannot forget that the refugees here in Uganda are also a shared responsibility," said Ecweru.

The situation was now calm and teams had been set up to investigate the incident, he added.