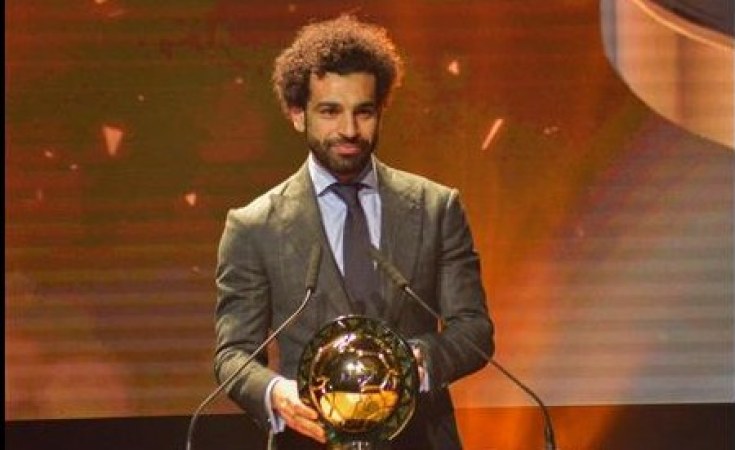 CAF
Mohamed Salah has emerged as the African Player of the Year 2018.
Leadership (Abuja)
By Olawale Ayeni With Agency Report

Forbes has ranked Liverpool star, Mohamed Salah as the only African star on its list of highest-paid footballers for the year 2020.

Over the past 12 months, the two-time African Footballer of the Year earned a total of $37 million which included a salary of $24 million and endorsement deals worth $13 million.

During the period, Salah enjoyed success with Liverpool on continental and global level before helping them end their 30-year wait for a Premier League title in July.

Following their Champions League triumph in the 2018-19 season, the 28-year-old helped Jurgen Klopp's side lift the UEFA Super Cup after defeating Chelsea, and then the FIFA Club World Cup in Qatar last December.

Last season, his contribution of 19 goals in 34 Premier League matches helped the Anfield outfit win their maiden top-flight crown since 1990.

Since he moved to Merseyside from Roma in 2017, Salah had passed the 20-goal mark across all competitions in his last three seasons.

He started the 2020-21 campaign on a flying note after scoring a hat-trick on Saturday, as Liverpool began their league title defence with a 4-3 victory over the newly-promoted Leeds United.

The Egyptian star will be hoping to maintain his lightning start to the season when the Reds travel to Stamford Bridge for their next Premier League fixture against Chelsea on Sunday.