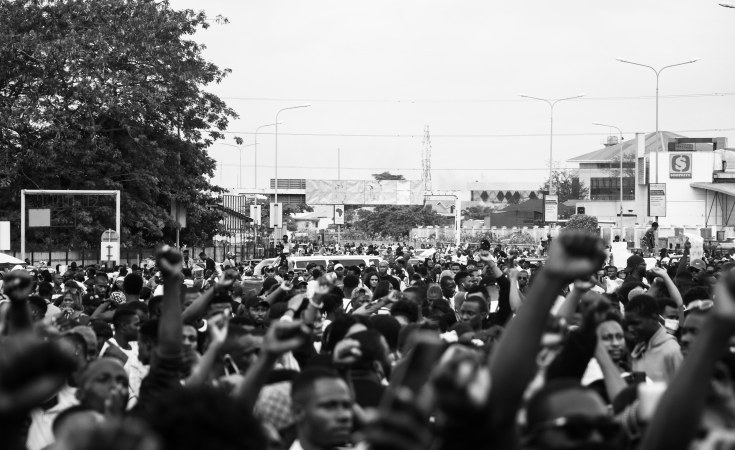 Have you been following the rumble in the Rock?

Rumble in the Rock? Which Rock?

Did you not hear of how former President Olusegun Obasanjo unsettled the presidential Villa with his uncharitable declaration, saying that Nigeria was tilting towards becoming a failed state? That we are now more divided than ever before? Can you imagine that unpatriotic zest from an unlikely quarters?

What do you mean by unpatriotic zest?

Did you really listen to the resolution from that summit? Tell me what part of the published resolution is a misrepresentation of facts as they are in the Nigeria of today.

Whaaaat? You mean Obasanjo was right? How could he? Are you not aware of how this government has been battling against all odds to clear the augean stable? Was the same Obasanjo not part of the mess that President Buhari has been clearing? Do you know how much damage the PDP-led administrations did to Nigeria in the 16 years they presided over Nigeria? So how can he turn around to de-market the sitting President?

You know he is always looking for national attention. He's done with his passion for letter-writing, he is now into organising summits. You know he has omniscient complex. If it not his idea, then it is never good enough! You must learn to take his views with a pinch of salt. It is not always what it seems. Do you know that if there is another Ojota camping today, that former President Obasanjo is likely going to be found there? Is that the hallmark of a statesman?

If you are in this country, you will have no reason to truly disagree with Obasanjo. Even Obasanjo's arch enemy, Professor Wole Soyinka, for once, agreed with the former President, confirming that Nigeria is "close to extinction as a viable comity of peoples' , He listed a litany of woes. And they are all valid.

What do you expect Soyinka to say? Is he not a notorious critic of any and every government? They just parrot some neo-liberal terminologies. What do they really mean by a failed state? Did you not hear President Buhari describing Nigeria as the most prosperous Black nation in the world?

Ok. Tell me one feature of a failed state that is not resident in Nigeria? Is it hunger? Is it insecurity and uncertainty? Is it inflation that has peaked now at 13.22%, the highest in four years? Is it lawlessness? Is it brigandage? Is it terrorism? Is it drums of war ever beating in the hinterlands? Is it 'fantastic' corruption? Is it the collapse of the local currency? Is it the illiterate education system or the sick health sector? Or do you want to talk about the decaying public infrastructure? Is it nepotism? Is it the mounting foreign and local debts, now in multiple trillions? Is it...

(cuts in).. Enough! Admit you are also unpatriotic. In fact you could be accused of delivering hate speech. Many of you take utmost joy in running down your country, as if you have another. You'd rather see the nation's cup as half empty than see it as half full. Look, Nigeria is marching forward, despite what people like you think.

I have challenged you to tell me what is of failed states that is not in Nigeria. Don't just mumble inanities. Tell me in clear terms how we are different from a failed state. Look, everybody is warning that unless the drift is arrested, Nigeria could as well vanish one day. Things are fast going out of hand.

Afenifere, the pan-Yoruba socio-cultural group, Ohaneze Ndigbo, the Northern Elders Forum PANDEF and almost all sub-nationals in the country are agreed that things are bad. The Christian body as well as Muslim bodies are all groaning. It is only those of you who worship at the shrine of the presidency that still believe all is well. You devotees of the presidency are jaundiced. My brother all is just not well. Don't deceive yourself. Do you think it is for nothing that crime and rape are increasing at worrisome proportions? Have you asked why these crimes are increasing?

You talk as if you do not know that the COVID-19 pandemic changed everything in the world economy. Do you think Nigeria will be an exception? Have you not seen how other countries are struggling to stabilize?

What a convenient excuse! Long before the advent of the Pandemic, Nigeria was already going south. The Pandemic merely hastened the slide. Life had been nasty , short and brutish. Everyday people are kidnapped and killed. The tired service chiefs have literally remained glued to their seats despite their loss of bearing. And all Nigerians are choking and sweating and shouting, 'we cant breath'!

Do you realise that for the first time, Nigerians no longer import food item ? That we are now self sufficient in food production?

That is raw propaganda. Do you know that we have borrowed tons of grains from West African Grains Reserve in recent times? Is that how to be self-sufficient in food production?

I pray honestly that the scales will fall off your eyes and you will begin to see the brighter side of life. Just wait. By October 1, Nigeria will be 60. You will be reminded of how far gone we are in the journey to Canaan. Yes, we are not yet there, but surely, we have long left Egypt.

Hmmmm, it is so good to be imaginative 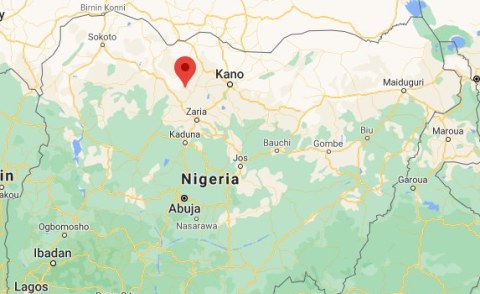 Nigeria's Economy Hit Hard by Collapse in Oil Price, Covid-19
Tagged:
Copyright © 2020 This Day. All rights reserved. Distributed by AllAfrica Global Media (allAfrica.com). To contact the copyright holder directly for corrections — or for permission to republish or make other authorized use of this material, click here.