Cameroon's political class, civil society organisations and individuals have stood up as one man to continuously condemn calls by some political party leaders and their cohorts to engage in uprisings, street and other sorts of public demonstrations against State institutions. The Cameroon Renaissance Movement (CRM) that called for the boycott of the February 9, 2020 twin legislative and municipal council elections and has also given conditions for the holding of the December 6, 2020 election of Regional Councillors is championing the calls for street demonstrations and using the occasion to call for the overthrow of the State institutions.

The population has joined government is condemning and cautioning the perpetrators of such demonstrations. Communication Minister, René Emmanuel Sadi who is government's spokesperson in an earlier press release on September 15, 2020 warmed the leaders of the political party who have been calling for an uprising and overthrow of Republic institutions. The calls, government said, are punishable by the Penal Code as well as relevant provisions of Law No. 2014/28 of December 2014 on the suppression of terrorism acts. According to government, no demonstration can be considered peaceful when its declared intent is to trigger an uprising and overthrow the democratically elected republic institutions.

Territorial Administration Minister, Paul Atanga Nji shortly after the presidential decree of September 7, 2020 convening the electoral colleges for the December 6, 2020 election of Regional Councillors, warned the leaders of the party who have been calling for the uprising. In the press conference he gave saluting the convening of the electoral colleges and stating the support of the administration in the entire electoral process, Minister Atanga Nji, cited the different legislations relating to public demonstrations. In all, government has assured that the defence and security forces will take every necessary step to strictly maintain law and order as well as social peace. Administrative authorities are also mobilised to ensure the strictly maintenance of law and order.

The focus of patriotic Cameroonians now and the attention of the entire world is on the country to see the effective putting in the place of the Regional Councils that will see the light of day with the election of the first Regional Councillors on December 6, 2020. The Regional Councils will come to complete the democratic institutions enshrined in the Constitution of 1996. Considering the contexts, the population cannot stay indifferent to calls for uprising which is an unpatriotic activity whose intention is to destabilise the country. In this light therefore, Cameroonians from across the political and civil society chest board have been showing their indignation and condemnation to the calls for uprising whose intention is to overthrow the democratically elected institutions and destabilise the country. 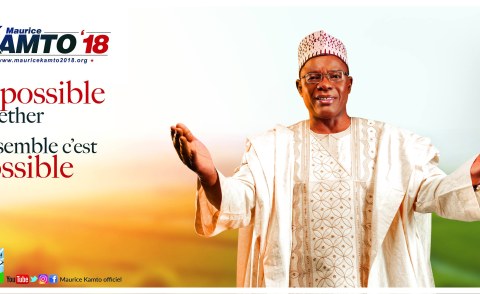