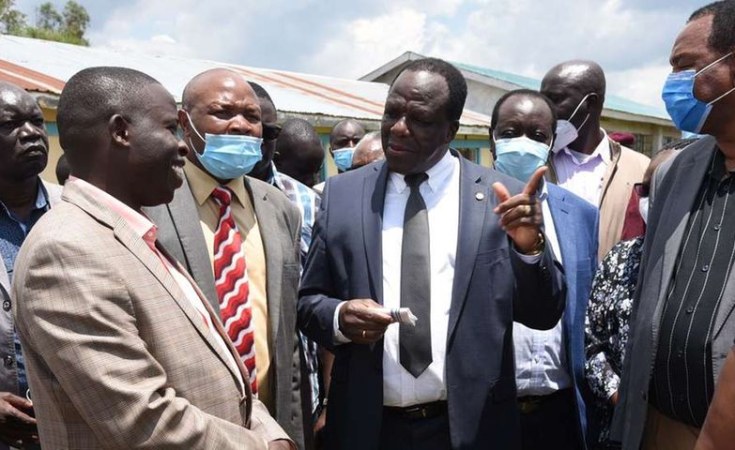 A section of leaders of the Legio Maria of African Church Mission has claimed that politicians from Migori County are interfering with its affairs.

They made the allegation five days after a bloody confrontation between police and Legio Maria adherents at Got Kwer shrine in Migori, that left eight people dead.

The clash happened when members of a faction allied to Pope Raphael Adika held a prayer session at the Got Kwer shrine, sparking protest from his opponents.

The Legio Maria adherents were commemorating the 28th anniversary of the death of its founder Melkio Ondetto.

Flanked by a section of Legio Maria leaders, he said politics had infiltrated the church and was to blame for the chaos.

"From the public pronouncements, politics is behind the hardline positions taken by our brothers. This is purely a church matter, not politics," said Pope Adika."

A similar fracas occurred on September 14, 2019, when goons invaded the shrine after faithful converged and injured some of them.

Cardinal Nyakondo said, "Some have announced that they will turn our shrine into a museum. They are well known and they are partly to blame for the chaos."

While extending an olive branch to the faction led by Lawrence Kalul, Pope Adika urged members of Legio Maria to maintain peace despite the ongoing wrangles.

According to the Adika faction, the leadership wrangles between the Pope and the late Pope Ong'ombe ended after a High Court ruling which declared the former the bonafide leader of the church.

"The Christians who reside in this church are our brothers and sisters and not our enemies.

We urge them to respect the court verdict and church Constitution," said Cardinal Ondieki.

He also denied reports that Pope Adika wanted to exhume the remains of Melkio Ondetto and move them elsewhere.

The resolutions were made at an Apostolic Council meeting held by the church leadership on Friday, where they also directed that the shrine remain closed pending completion of investigations into the chaos witnessed at Got Kwer.

For the first time, the leaders revealed details of the famous 'handshake' that brought a temporary truce between Pope Raphael Adika and the late Romanus Ong'ombe.

Reverend Timothy Abwao said that the other faction led by some hardliners had decided not to follow the agreement they made and cited before a High Court Judge in Migori.

"The terms and conditions of the agreement was that Romanus Ong'ombe would revert back to his position as a Cardinal of the church and was given an honorary position of the Patriarch. He voluntarily agreed and was not coerced," said Reverend Abwao.

He said when this was announced, the hardliners refused to accept the position, and instead decided to go against it after it had already been registered in court and an order issued.

The truce had led to hope that the decades-old wrangles in the church would come to an end but they still persist . 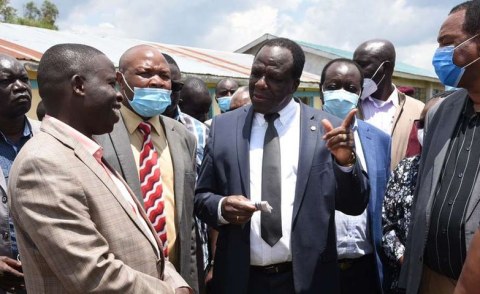 Regional Leaders Sign Peace Deal to End Clashes in Kenya
Tagged:
Copyright © 2020 The Nation. All rights reserved. Distributed by AllAfrica Global Media (allAfrica.com). To contact the copyright holder directly for corrections — or for permission to republish or make other authorized use of this material, click here.