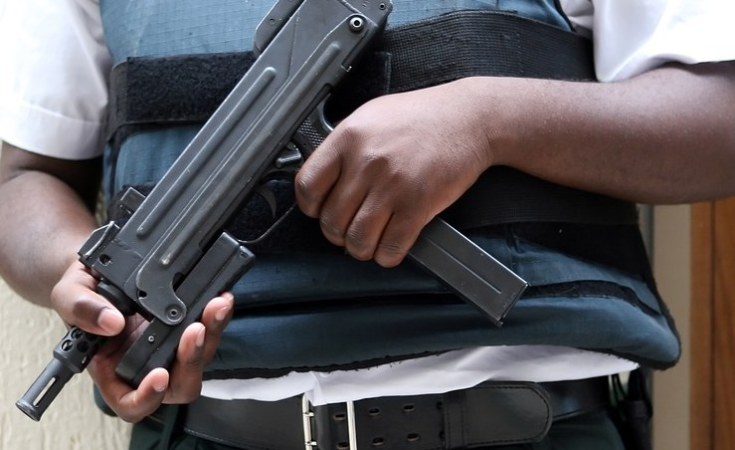 Maputo — Gunmen, believed to be members of the self-stylesd "Renamo Military Junta", murdered two people in ambushes against four buses in the central Mozambican province of Sofala on Sunday morning.

According to a report on the independent television station, STV, the attacks occurred on the main north-south highway (EN1) near the boundary between Nhamatanda and Chibabava districts.

The vehicles were fired on, even though they were traveling in a convoy under police escort. One of the buses hit belonged to the company "City Link", and the other three to Nagi, one of the main operators of long distance passenger transport.

According to one of the survivors, Amorim Tahad, who was travelling in the first bus, the shots were fired by people hidden in the bush, near the bridge over the Pungue river, The police vehicle escorting the buses "was about 80 metres in front of us", said Tahad. "Suddenly we heard shots and in a fraction of a second the windows were hit and shattered".

"The shots continued for 30 seconds, and in my vehicle two people were injured, one in the leg and the other in the abdomen", he continued. "The police vehicle did not stop, and neither did any of the four buses. We only stopped at the health centre in Gorongosa town".

The clinical director of the Gorongosa health centre, Zambo Mulandeza, told reporters that one of those who was brought into the centre was already dead. Another seriously injured passenger was transferred to the Manica Provincial Hospital, in the city of Chimoio, where he died later in the day.

Eight other injured passengers received medical treatment, but were able to continue their journeys to the central city of Quelimane, and to Nampula in the north.

STV added that, on Sunday afternoon, two trucks came under fire in Sofala, between Muxungue and Inchope. There was no report of casualties in this ambush.

The Military Junta is clearly stepping up its murderous attacks. In just four days, eight buses have been attacked. Two people were killed in the ambushes and 15 injured.

The latest attacks follow threats from the Junta's leader, Mariano Nhongo, that he will "destroy" Nhamatanda district.