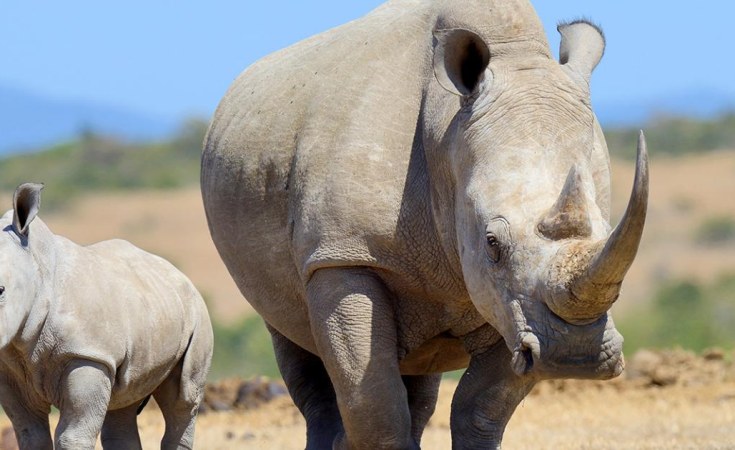 CELEBRATING world rhino day alongside the rest of the world today (22 September), Namibia takes pride in its healthy rhino population growing steadily under the country's rhino conservation and management programme.

This according to minister of environment, forestry and tourism Pohamba Shifeta, who in a statement issued yesterday says Namibia currently hosts the largest population of southern black rhino (Diceros bicornis bicornis) in the world.

Some 22 rhinos have been poached this year to date.

While the country's poaching statistics remain low, there is still concern about ongoing incidents.

For this reason, the ministry has determined that the best strategy going forward would be to dehorn as many rhinos as possible in poaching hotspots.

He says the black rhino has been listed as critically endangered by the International Union for Conservation of Nature since 1996, but has since been newly categorised as near threatened as a result of the population across Africa growing at a modest annual rate of 2,5%.

"The future of the south-western subspecies and black rhino in general therefore largely depends on Namibia's ability to maintain adequate standards of protection and biological management for growth," Shifeta says.

Furthermore, ongoing interventions by the government, communal conservancies, private custodians and non-governmental organisations have aided in the decline of rhino-poaching incidents in the country, although poaching remains a major concern.

"During the first half of this year 30% of the 88 arrests related to rhinos were pre-emptive arrests of suspects conspiring to poach -- before they managed to kill. Close collaboration with the prosecution is also leading to convictions with appropriate sentences. Six perpetrators were convicted in May 2020 in two cases of conspiring to poach rhinos," Shifeta says.