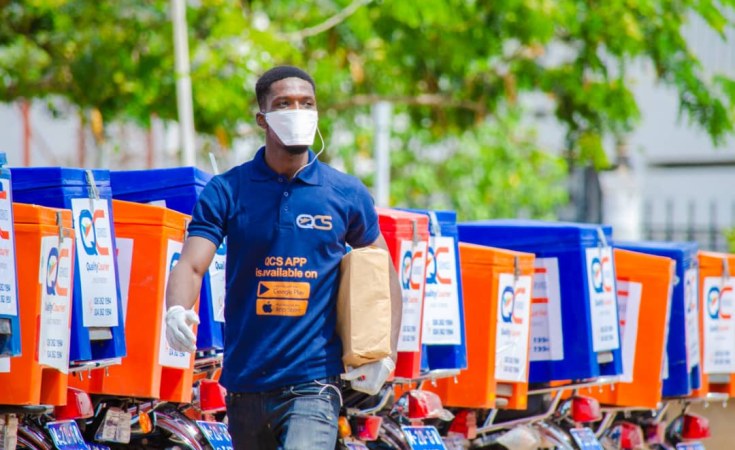 There is currently alarm all over the world that a global second wave of COVID-19 pandemic may be imminent. The rise in infection rates across Europe after the relaxing of lockdown measures is driving the spike.

Experts say because the virus has only been suppressed and not eliminated, easing lockdown would encourage its spread.

Already, spikes have been reported in Spain, the Czech Republic, France, Luxembourg, Malta, Belgium, Hungary, and Austria. Belgium and Italy, amongst others. There are also concerns about rising cases in the UK and France.

There is equally much talk of a second national lockdown in the UK, which yesterday announced further restrictive measures aimed at containing another major outbreak, as the number of cases swelled and top scientists warned that the death rate could grow exponentially.

Despite European countries shutting down following the spike in the second wave of the COVID-19, Nigeria is reopening its economy. Europe is currently facing a spike in infections with tens of thousands of new cases recorded daily and as a result, several countries are proposing a second lockdown even amidst outright rejections by their citizens.

Today, a number of countries in Europe and the United Kingdom are currently in the middle of a second wave of infections after what may be described as successful reduction of the first spike of COVID-19 infections and deaths.

According to the World Health Organization, WHO, the development in these countries soon after the summer vacation may not be unconnected with the relaxation of measures and people dropping their guard.

Very serious situation in Europe - WHO

Also, the WHO warns of "very serious situation" in Europe, with "alarming rates" of virus transmission. Sadly, further evidence suggested that young people are indeed driving the second surge of the virus in Europe.

However, rather than new lockdowns, some countries are encouraging people to return to work and there's less talk of defeating the virus in the short term, and more talk of living with it.

Even as the scenario in Europe paints the picture that a second wave may be inevitable globally, the situation in Nigeria remains like a prolonged first wave.

It would be recalled that the Federal Government issued a ban on all domestic and international flights in March 2020 however flights have since resumed locally and internationally with appropriate safety protocols in place. Despite initial successes in curbing the pandemic, the risk of infection continues to rise.

As the COVID-19 lockdown restrictions are being gradually lifted globally, WHO, has repeatedly warned that countries risk second wave of the pandemic as they reopen.

There are mixed expectations from members of the public. One one hand, Nigerians anticipate that in the medium- to long-term, life will more or less return to normal, but on the other hand, the perception is that the world at large, faces a long, painful road to recovery.

However, despite the directives of the Presidential Taskforce on COVID-19, for airlines flying into Nigerians and those operating within the country to maintain physical distancing at the airport and on board the aircraft, a few weeks after resumption of flights operations in the country, most airlines have jettisoned the safety guidelines.

Findings by Vanguard show that most of the airlines are not maintaining anything near physical distancing,. The aircraft are overloaded.

According to the PTF COVID-19 guidelines, apart from the other non-pharmaceutical measures which include washing of hands, wearing faces mask and shields, and using hand sanitiser, airlines are also supposed to maintain physical distancing in the aircraft.

The concept of physical distancing is that every person is considered to be infected and every person maintains a distance of 2 meters from others. Sadly, that is not happening in most aircraft in Nigeria.

A passenger who spoke to Vanguard under anonymity stated that all COVID-19 protocols terminate at the point of boarding the aircraft in Nigerian airports.

Narrating his experience aboard a Lagos - Abuja bound aircraft a few days ago, the passenger affirmed that the conspiracy theories may still be plaguing the COVID-19 response in Nigeria as many people on board the aircraft were not bothered by fact that the aircraft was overloaded. No one saw the development as something to be worried about, he noted.

"I was seated with a female passenger in a row of three seats, thinking that we would observe physical distancing by maintaining the 2 meters space as advised by the WHO and the PTF in Nigeria. Unfortunately, that was not to be, as all the seats in the aircraft were sold out. Every seat was occupied, and the moment I noticed this, I raised an alarm but to my greatest surprise, I was shouted down by co-passengers who bluntly told me to get down if I was not comfortable with that."

Further, the passenger remarked that the situation in the aircraft confirmed that many Nigerians are yet to be convinced that the disease exists and also to appreciate the seriousness of the situation as it is in the world currently. He said the same situation played out on his return trip to Lagos.

Ahead of the resumption of international flights, the Federal Government has declared that airlines would be fined $3,500 per passenger for breaching protocols and lifting any passenger without a negative COVID-19 test result.

The PTF during one of its briefing also told newsmen that to maintain physical distancing in the aircraft, it was going to ensure that a seat is left in-between passenger. Sadly, the case is different today.

We only observe social distancing in airport terminals -- FG

In a response, the federal government says adherence to social distancing in the era of coronavirus is only applicable at airports terminals and not in the cabin.

Following the resumption of flights locally and internationally, there have been complaints about breach of the social distancing campaign, particularly in airplane cabins.

In a chat with Vanguard yesterday, James Odaudu, Director, Media and Public Affairs, Federal Ministry of Aviation, said adequate measures are in place to ensure both physical and social distancing at airport terminals, adding that in the cabin, distancing is unnecessary.

He said: "We need to understand that the Ministry is not toying with social distancing in all our airport terminals across the country. Airport personnel are working hand in hand with our staff members in this regard.

"However, there is no need for social distancing because of the way the airplane is made. I think the Minister has explained this many times in the past few months."

Minister of Aviation, Senator Hadi Sirika had in August this year clarified the controversy surrounding distancing between passengers in aboard on aircraft.

"Because of the nature of the airplane, the airplane is hygienic enough. Once you have your mask, you are safe to remain seated on your seat.

"Airplanes are designed in such a way that the ambient air at altitude is clean. It is not contaminated," Sirika had said, adding that the cabin is safer than any hospital theatre because of the purifying procedures air circulated within the cabin goes through."

Efforts to get a response from the local airline operators proved abortive as they were unavailable. Everyone is still at risk according to the WHO. "You can infect others if you have been infected by the virus and can be infected by others that carry the virus."

Reacting to the claim by the ministry of Aviation, a renowned molecular biology expert, Dr Casmier Ifeanyi who regretted that the Federal Government and the aviation managers, the health authorities, Federal Ministry of Health and the International Air Services Safety, were unwilling to enforce social distancing inside the aircraft, warned that COVID-19 was a cold circle driven disease.

According to Ifeanyi, air travelling remained a high risk adventure in the transmission of COVID-19 and those who indulge in airconditioned living are more predisposed to the viral infection.

"The only saving intervention in our local flights is the use of face masks but that is not sufficient. We know that the airlines are faced with the challenge of operational cost but the operators must find a balance between cost recovery and the importance of Nigerians safety as passengers.

"Compliance at the airport is still average but on Sunday, I was at the MMA2 terminal of the domestic wing in Lagos, there were no hand washing materials in all the toilets. I took a tour of the toilets; there was no single soap to wash hands. When I asked some persons in the toilets, I was told it was because of the high volume of passengers.

"My worry is this, why is that our aviation managers, the health authorities, Federal Ministry of Health and the international air services safety are not willing to enforce social distancing inside the aircraft," he asserted.

Previous Story
In Lagos, the Masks Are Gone and So Is Trust in Govt
Next Story
Buhari Calls For Uninhibited Supply of Safe Covid-19 Vaccines to All

In Lagos, the Masks Are Gone and So Is Trust in Govt

Buhari Explains Borrowing, Says Nigeria Economy Will Bounce Back
Tagged:
Copyright © 2020 Vanguard. All rights reserved. Distributed by AllAfrica Global Media (allAfrica.com). To contact the copyright holder directly for corrections — or for permission to republish or make other authorized use of this material, click here.