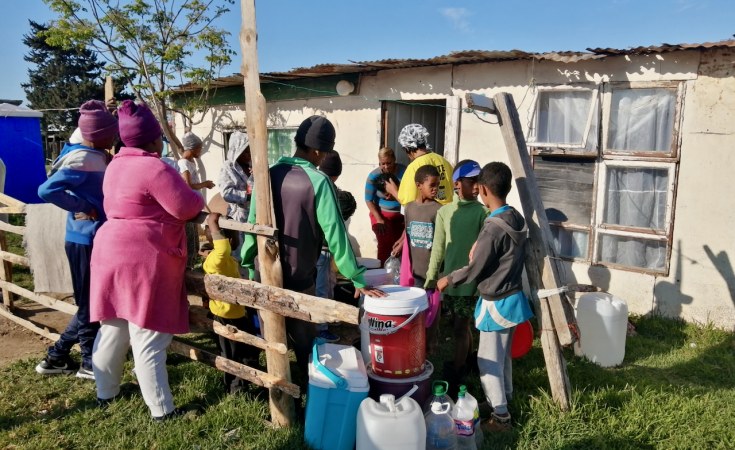 Residents of Mngazana village in Port St Johns say water from their communal taps is unusable.

The ward councillor blames the poor water quality on theft and vandalism.

Mngazana village residents in Port St Johns say the water from communal taps which were installed more than a year ago is dirty and oily.

"I do not know if these people are trying to kill us," said 34-year-old resident Mzimasi Mgijima.

Bongani Tyhalibhongo said the community was initially excited when the taps were installed. He said that when they informed the councillor about the water issue, they were told the problem was caused by vandalism at the water pump house.

"Some would think that we get the water every day but it is not the case. We go weeks without getting any water," he said. Tyhalibhongo said residents were often unable to cook or do laundry with the water.

Another resident Nomvuzo Siko said: "If you look at the bucket you use to fetch that water you will see something that looks like salt, how can we use that water? It's not safe and we cannot risk our lives by drinking dirty water."

Siko said they often hire cars at a fee of R200 to fetch water for them. "I do not see myself voting next year. I have been voting with the hope that people from rural areas will be taken seriously but I was wrong. We are in deep rural areas, so if we protest no one will take us seriously," she said.

Ward councillor Zolile Maqina said that the water could not be purified because the pipes were vandalised by residents.

"We have been doing a lot of awareness about the importance of protecting things that are there to assist them but sadly only pastors and residents attend these awareness [meetings]," he said.

"We cannot keep fixing the same thing over again. We are going to ask SAPS to visit the people that we think are involved in these [thefts]," he said.

Rape for Water in Nigeria