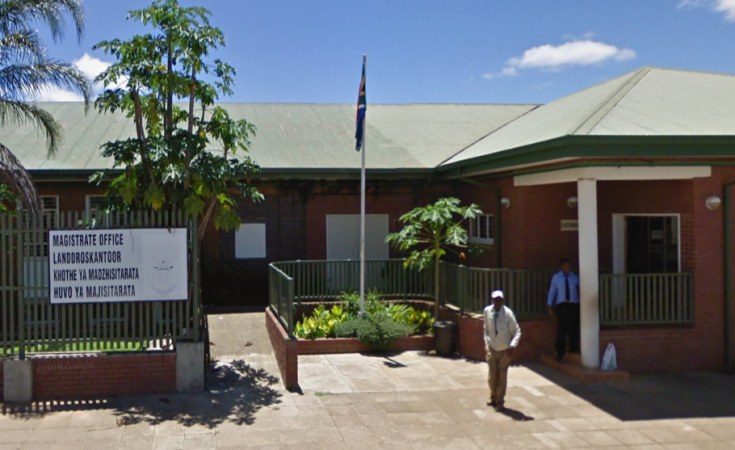 Google Street View
The Makhado Municipality has applied for leave to appeal against the ruling of the Louis Trichardt Magistrates court. Photo taken from Google Street View
GroundUp (Cape Town)
By Tania Broughton

The Makhado Municipality wants to appeal against a court ruling that it must provide details on a land sale.

The ruling was handed down by a Louis Trichardt magistrate after an application by newspaper editor Anton van Zyl.

It was described by the South African National Editors' Forum as a "significant victory for the right to access information".

The Makhado Municipality has applied for leave to appeal against a court decision that it must provide information to a Limpopo newspaper editor on a questionable sale of land.

Anton van Zyl, editor of the Zoutspansberger and the Limpopo Mirror, used the Promotion of Access to Information Act (PAIA), in an attempt to get details of the sale by tender of public land in Louis Trichardt to two private entities.

When he received no response, he turned to the Louis Trichardt Magistrates court and secured an order that the municipality provide the information within 15 days. The South African National Editors' Forum (SANEF) described this as a "significant victory for the right to access information".

"Van Zyl secured an important court victory entrenching the use of the Promotion of Access to Information Act as the constitutional right of journalists -- and in turn the public -- to ensure transparency in government. He used the court to successfully enhance the media's right to access information from the Makhado Municipality", said SANEF projects manager Hopewell Radebe.

But a day after the ruling, the municipality lodged the application for leave to appeal.

In its court papers, the municipality says the magistrate was wrong to find in Van Zyl's favour. It argues Van Zyl did not complete the forms properly, and that the successful bidders deserved protection and should have been given an opportunity to make representations.

Further, the municipality argues, Van Zyl was only looking to "boost sales through a topical story" and the Act does not provide for private entities to gain commercial advantage against their rivals "at the expense of the state".

If leave to appeal is granted, Van Zyl will have to fund costly high court ligation.

SANEF Executive Director Kate Skinner said the appeal "was an unfortunate development" and SANEF was obtaining legal opinion on the implications and next steps.

She said civil society and media across the globe recognised the importance of transparency and a culture of openness and accountability for participatory democracy.

Yet, she said, in its most recent report (for 2019), the Access to Information Network had found that two thirds of all requests made to municipalities or local governments were ignored entirely.

"It indicates serious challenges faced by journalists and other organisations using PAIA. Year after year, the network's reports have demonstrated low levels of compliance. This case shows that compliance levels remain dismal, and deliberately so, despite the Act having been in operation for 19 years," said Skinner.

Lawson Naidoo, executive secretary of the Council for the Advancement of the South African Constitution, said the Act "is broken and needs to be fixed".

"In the hands of public servants, it is being used as a tool to suppress information."

Naidoo said Van Zyl should never have had to go to court, let alone make an application using PAIA, because this information should be "freely and proactively" available on government websites.

PAIA, he said, was there to give meaning to Section 32 of the Constitution (the right to information) and all rights flowed from that.

The behaviour of public servants was blocking access to all rights, said Naidoo.