Liberia: Coalition of Political Parties Women in Liberia Says National Legislature Is Not Balance, As They Train Female Candidates for December Election 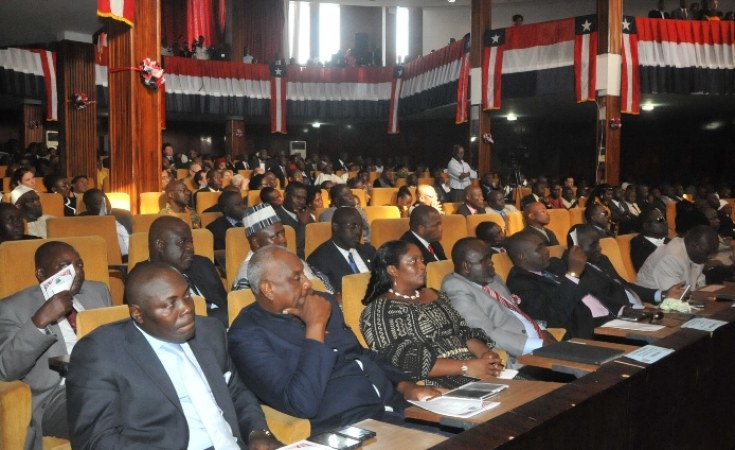 Monrovia — Ahead of the December 8, 2020 Senatorial election, the Coalition of Political Parties Women in Liberia (COPPWIL) says the national legislature is not balanced because of the limited female representation in the Liberian Senate.

The group, which is a conglomeration of women from all political parties in the country, believe that there is a need for women to be enlightened about major issues affecting them and their community or county.

At the training, the over 30 women were taught on the duties and responsibilities of the legislature, strategic planning and learning from the experience of former lawmakers.

Speaking to the media, COPPWIL vice chairperson for political affairs, Nuwoe A.D. Scott, said having less women at the Liberian Senate is unfair to them as women, so there is a need for females to join hands to have more female representation at the legislature.

Madam Scott said the organization which was established on May 17, 2003 to empower women in politics and encourage women to join political parties is committed to addressing the needs of women during and after political period.

"We believed as an organization that women should be institutional when it comes to elections. As women in political parties, we feel it is unfair to have 30 senators who are basically male and one female. So looking at this, COPPWIL has decided to host this training ahead of the 2020 election," the COPPWIL vice chairperson said.

"We are in the election year of the special senatorial election as an organization, we believe that our legislature is not balanced because we have one seating female Senator in person of Senator Lawrence, we think that is unfair for a nation that has over 50% of its population women," Madam Scott said

She said the workshop was intended to prepare women for the upcoming campaign so that they will be able to face the normal challenges that come with election.

The former Montserrado County representative candidate stressed that the training which ended successfully was mainly for those women who are candidates in the upcoming election because there are several of them who are going into the process for the first time so it is important to have more training for them.

"We believe the more opportunity we afford our women in these processes, we believe they are powered and they are prepared for the task ahead".

The COPPWIL vice president is of the conviction that if given the chance women can do better than men who are usually given top positions.

"We want to encourage women in political parties apart of your sex or gender whatever a man can do a woman can do it better; we want them to stand up to whatever challenges that they will have," Scott further explained

According to Nuwoe Scott, after the training there will be a fundraising to generate funds for the women candidates which will be used to help them during their campaign.