Investment company Baobab Capital - tasked with managing N$140 million in pensioners' money - is on the verge of being shut down over alleged financial irregularities.

Namibian-owned Baobab Capital invests in early-stage businesses, hoping to grow them into medium and large-scale enterprises.

Namfisa is accusing Baobab's directors of conflicting interests and the abuse of power.

The venture capital fund also had to write off some of the funds invested in companies that went bust.

It was allegedly for this reason that Baobab Capital cannot be trusted with public money. Baobab's deregistration process coincides with the Government Institutions Pension Fund (GIPF) suspending its chief investment officer, Convil Britz.

Baobab capital is a beneficiary of the GIPF's unlisted investment drive to pump money into Namibian companies which are not listed on the Namibian Stock Exchange.

Some of the money was invested into eight portfolio companies, some of which are into manufacturing, animal feed, pharmaceuticals, and LED lights, and others that produce ceiling boards and salt licks. The company is appealing the proposed deregistration.

The Namibian has learnt that the tug of war between Namfisa and Baobab Capital has been ongoing since 2018.

Sources say Baobab Capital has been served with a notice this month that Namfisa intends to shut the fund manager down.

The company is not only taking on Namfisa over its decision to deregister it, but is further accusing senior officials at the financial regulator of improper conduct.

"My attorneys are already busy with the notice of appeal," he said, adding that the process leading up to the regulator's decision was questionable.

Kisting said the loans were above board.

He said the loans referred to by Namfisa came from Baobab Capital and not the Baobab Growth Fund, which is the entity that received the GIPF's money.

He said the money used as loans to directors came from money Baobab Capital made in fees and savings from their operations.

He added the money was being repaid, and in one case legal action has been taken against the said director.

The deregistration comes just two months after Britz' suspension from the GIPF.

It is not known if the two incidents are related.

The GIPF issued a statement last week in which it assured the public that the fund's investment at Baobab is safe.

"THE GIPF is cognisant of the reasons why the fund manager and SPV licences were terminated by Namfisa," said David Nuuyoma, chief executive officer of the GIPF.

He said the GIPF last year through auditors discovered there were some irregularities.

Kisting said Namfisa's decision to shut them down was biased and predetermined.

He also accused the regulator of denying Baobab Capital a fair chance to corroborate or clarify findings during their inspection.

Kisting said he was surprised at the hostile approach taken, since Namfisa officials had notified him in June 2020 that the inspection was complete and that Baobab Capital would be granted an opportunity to rectify administrative shortfalls identified during the inspection.

Baobab Capital has also accused Namifisa's deputy chief executive officer, Erna Motinga, of breaching the agreement between them and the regulator.

In the letter, Dos Santos said Motinga violated sections of laws governing Namfisa's when she informed a Baobab employee that Namfisa was going to close down the company and advised the said employee to seek employment elsewhere.

This, according to Dos Santos' letter, was done even before Namfisa formally communicated to Baobab its decision, and also because the employee in question was not a director or a company representative.

He also questioned the validity of the allegations made.

"I take note of your serious allegations against our Mrs Motinga. However, these allegations as presented by you and/or your client are unsubstantiated," Matomola said.

He also questioned Baobab's decision to include the prosecutor general in the matter.

"It leaves the impression that you and your client are unduly trying to influence the registrar's decision in terms of our deregistration process."

Matomola said Baobab can appeal against the decision to deregister them to the Board of Appeal. 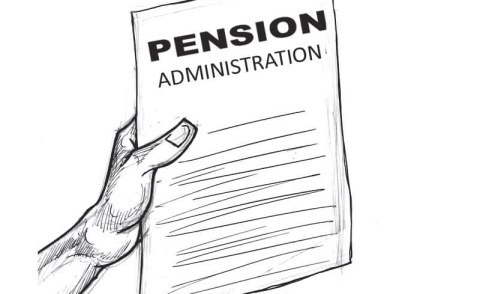 Namibian Govt Increases Pensions and Grants
Tagged:
Copyright © 2020 The Namibian. All rights reserved. Distributed by AllAfrica Global Media (allAfrica.com). To contact the copyright holder directly for corrections — or for permission to republish or make other authorized use of this material, click here.