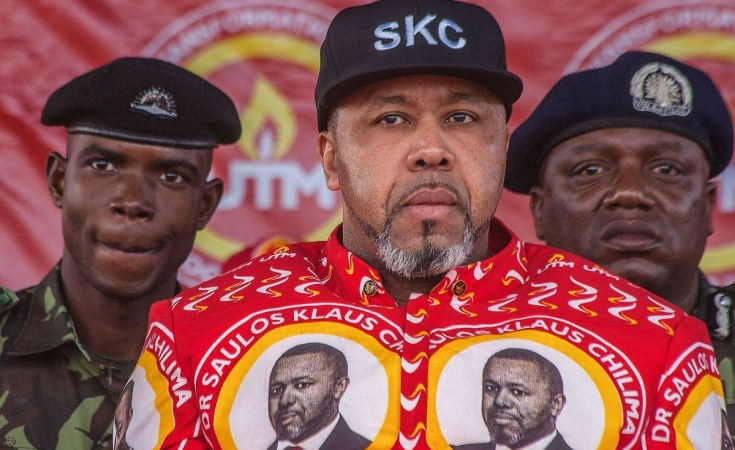 Vice President Saulos Chilima has called for stronger collaboration between National Assembly and the Executive arm of government especially on legislative reforms in parastatals and government ministries that are blocking progress for reforms in order for the Public Sector Reforms to have meaningful impact on the people of Malawi.

Chilima, who is also Minister of Economic Planning and Development and Public Sector Reforms, observed that throughout the history of modern politics and democracy, the role of Parliament - as another arm of government - has been crucial in holding to account the executive for its politics and actions.

The Vice President made the remarks when he engaged the Speaker of Parliament, the First Deputy, the Second Deputy speakers and the secretariat led by the Clerk of Parliament.

The major objective of the engagement was to enhance this collaboration as well as appreciate the reforms that Parliament intends to implement for it, too, to achieve efficiency, effectiveness and professionalism.

Chilima was excited to note that the reforms that Parliament is embarking on will help the institution improve trust with the general public and strengthen cooperation between Parliament and other arms of government. The reforms also aim at attaining the much needed financial, legal and administrative autonomy for Parliament.

"Parliament has three consecutive critical roles; representing the electorate, making laws and overseeing the government through hearings and inquiries. In fact, as we speak we have more than 300 pieces of legislation that need amendment to unlock implementation of various reforms," he said.

Chilima assured the Speaker of Parliament that President Lazarus Chakwera, is committed to enhancing Parliament autonomy to achieve the desired separation of powers in practice.

He said some of the reforms that Parliament is working on also include automation of Parliament registers to reduce absenteeism in the chamber, automation of Hansard transcription, enhancing parliamentary outreach between lawmakers and electorates through establishment of parliament radio and television, as well as e-parliament to evolve to paperless transactions.

And in the same line of enhancing collaboration, Chilima later engaged the Committee on Government Assurances and Public Sector Reforms to update them on the reforms, solicit their views and feedback as well as highlighting the critical role that they have as lawmakers in ensuring that the onus of having a clear legal framework to drive the reforms agenda rests with them.

He said they have committed to transparency and accountability in the process of carrying out public sector reforms because without oversight of Parliament, we will be working in a vacuum.

"We have agreed to work on a well structured programme of oversight for continued engagement because we all have one goal in mind: an effecient, effective and professional public service. I have assured the Committee that the next national development agenda has taken into account the reforms agenda through the three key pillars of commercialisation, industrialization and urbanisation," said the Second Citizen.

"In this vein, I have reiterated that legislative reforms will be critical to achieving goals of the three pillars and this is where Parliament and oversight Committees will play a major role," concluded Chilima.