Africa's 'Ivory Tower' of Learning to Be Restored After Inferno 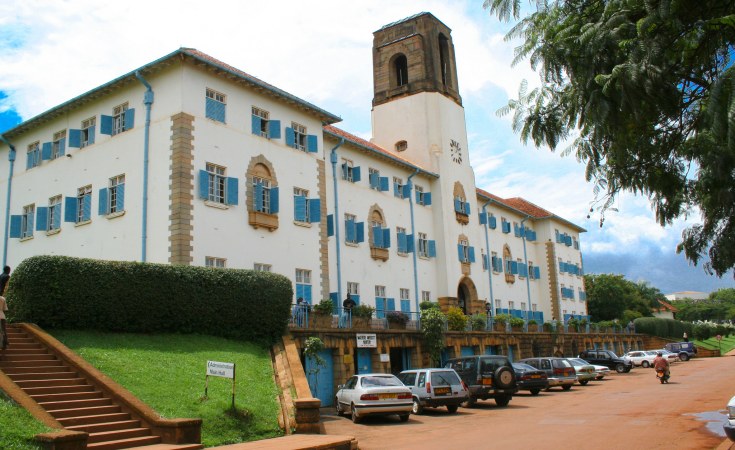 After a section of Makerere University in Uganda went up in flames on Sunday, administrators say the institute, one of the oldest and most prestigious in Africa, can be restored and that its digital records are intact.

The fire that gutted Makerere's main building, or "ivory tower," as it is popularly known, also engulfed the finance department and the registry.

Ugandans looked on in shock as firefighters battled to subdue the blaze on the night of September 20. Archives, including dissertations that span decades, were reportedly destroyed. The iconic ivory tower had stood on the campus in Kampala since the 1940s.

Makerere's vice chancellor, Barnabas Nawangwe, told journalists that the ivory tower would be rebuilt. He said most of the university's documents had been digitalized and could be recovered. Nawangwe also vowed to rebuild the campus.

"We have the blueprints. We also had a lot of photographic information, and the intention is to restore it to its former state," Nawangwe said.

The university was built in the British architectural style of the 20th century. A large Gents of Leicester clock was placed on the tower over its entrance.

The university is scheduled to resume its open and distance lectures and e-learning programs as planned on October 5.

Authorities are investigating the cause of the inferno. Police detained two of the university security guards, saying they were suspected of neglecting their duties.

Makerere, which started as a technical school in 1922, is regarded as a leading university on the continent. It enrolls more than 35,000 undergraduates every year.

Generations of prominent Africans are alumni of Makerere. They include Tanzania's first president, Julius Nyerere, and a few of his successors; Joseph Kabila, the former president of the Democratic Republic of Congo; Ngugi wa Thiong'o, the Kenyan author; and Robert Kyagulani, the Ugandan opposition politician also known as Bobi Wine.

The Makerere researcher Yusuf Serunkuuma told DW about the sense of loss that many with a connection to the university are experiencing.

"The emotional attachment, the emotional significance for all of us who went through this university -- it is not going to be the same," he said.

Many students and former students share that view. "In my youth, you could very well see that spire and every day my parents would say: 'You know you should aim to be going there,'" the Kampala lawyer Oscar Kihiika said.

"When you see that building burning down, it is as if a part of you is gone. Yes, it will be rebuilt, it has to be rebuilt, but it is a reflection of a lack of seriousness on our part," Kihiika said.

"This is a university that has been there for a long time. It has produced a lot of important people. So, we are still wondering what brought about the fire," Mariam Nakijjo, a former student, told DW.

Simon Sagala Mulindwa, a historian who has tracked Makerere University since 1970, said he was in tears as the special piece of architecture crumbled: "That building stands and speaks without words." 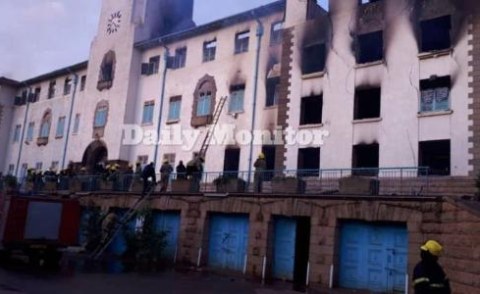 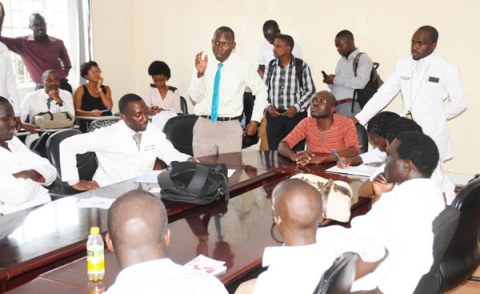 Should Uganda Transform Makerere Into a Private University?
Tagged:
Copyright © 2020 Deutsche Welle. All rights reserved. Distributed by AllAfrica Global Media (allAfrica.com). To contact the copyright holder directly for corrections — or for permission to republish or make other authorized use of this material, click here.