Uganda: 'They Have to Give Us Our 100 Percent Food Ration Back' 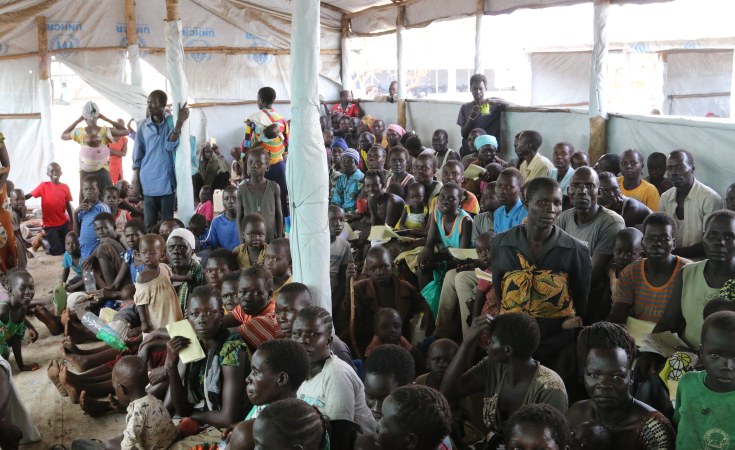 Hit by 30% ration cuts and with no land to grow our own food, South Sudanese refugees in Uganda are stuck between a rock and a hard place.

Elias Moses is an important man. Like me, he is a refugee from South Sudan who lives at the Rhino Camp refugee settlement in northern Uganda. He is important because his job here is to help other refugees get the food they need.

As part of a team of Community Based Mobilisers (CBM), the 26-year-old Moses explains to people where to collect their food, when, and how much each person or family will get. He uses an arsenal of tools to make sure everyone has access to this information. He chats with people, goes door to door, tells stories - sometimes with the help of a local drama group - and even shouts his messages out loud on a megaphone.

It can be a tiring job, and it has got even harder these past few months. In March 2020, the World Food Programme (WFP), UN Refugee Agency (UNHCR) and Ugandan government met with refugee leaders across Rhino Camp's seven zones. With attendance limited to just ten people due to COVID-19 restrictions, they told the gathered representatives that food and cash assistance would be reduced by 30%. They said that donations had started to reduce because of the pandemic and that, with 2.1 million refugees to feed in Uganda alone, their hands were tied.

Afterwards, it was the responsibility of refugee leaders and those of us working in food distribution to inform the camp residents.

"Because I am at the forefront everyone comes to complain to me," says Moses. "Many tell me that with the reduction in the amount of food they are getting, they only eat one meal a day. They also complain that because of COVID-19 restrictions, they cannot even engage in other income generating activities to supplement the small rations. I feel bad, especially for those with young children, but there is nothing I can do."

What Moses does do, however, is ensure people have the information they need. As part of a team of 24 people that cover 11 food distribution points in 42 villages, he and his colleagues at the Youth Social Advocacy Team (YSAT) ensure that the delivery of food runs smoothly and that, especially now, there is no over-crowding.

"We create awareness both before and during the food distribution," explains Moses. "We let refugees know what services we offer, tell them about measures they can take to stop from getting COVID and also talk to them about how to protect themselves from sexual exploitation and abuse, which may arise as a result of the ration cuts."

"Help us feed ourselves"

In a refugee camp like Rhino, food is more than just food. It is also currency. Refugees are given basics such as cereals, pulses, cooking oil and salt. But these can be bartered or sold to buy items like vegetables, firewood, clothes and medicine. Relying on rations, however, is a meek and vulnerable way to live.

Amule Felix has lived in Rhino Camp for the last four years. Like many, the ration cuts have hit his household hard. "We are seven people in my family," he says. "The food that we get now does not last for the whole month. By the 20th, sometimes even by mid-month, the food is finished."

He wishes he didn't have to depend only on what the WFP provides. "I have tried to get land from the host community but I have not been successful," he explains. "My plea to the Ugandan government and to their partners is to help us feed ourselves. They should encourage livelihood activities such as provision of agricultural plots for those who are agriculturalists, animal rearing for those communities who are pastoralists, fish farming for those who have good knowledge and skills in fish farm management. If not, they have to take the food rations back to what they were before."

Emelda Yawa, a single mother who has also been at Rhino Camp for four years, is facing similar challenges in trying to provide for herself. "During community meetings, the staff of the UNCHR, the government and other international organisations working here told us to befriend landlords so as to get land for crop farming," she says. "But those landlords demand that we pay for the land on a seasonal basis. Most people here don't have that money. We've explained that to them but nothing has changed."

In the face of this, Yawa has channelled her steadfast entrepreneurial spirit to find another solution. She now uses part of her rations to invest in a small pancake business. "After receiving my food ration, I take two kilograms of maize grains to exchange for firewood so that I can make pancakes," she explains. She then sells them at Ocea Trading Centre, walking one hour every day there and back.

Through this endeavour, she has managed to save 150,000 Uganda Shillings ($40). She has used this to rent a small plot of land for this planting season on which she is growing maize, sorghum and simsim. She also plants vegetables in the 20×20 metre plot where she lives with her four children.

"This small vegetable patch has helped us to have a balanced diet and has at least promoted good health in my home. I use what I make from selling my farm produce and pancakes to buy clothes, shoes, and medicine because of the poor health services we receive here. But competition is stiff and buyers are very few. They have to give us our 100% food ration back."

A tough situation gets tougher

For those of us at the forefront of food distribution in Rhino Camp, we see every day how the COVID-19 pandemic and ration cuts have exacerbated an already hard situation. Many refugees, no matter how determined they are to take back some control of their lives, seem to find themselves stuck between a rock and a hard place.

We bear witness to the impact of insufficient donor funding as well as decisions made in meetings that don't include us. Our plea is for the funding gap to be filled, for full rations to be restored, for greater support for us to build livelihoods so we can be more self-sufficient, and for increased recognition of the important role refugee-led organisations like YSAT play.

YSAT's Community Based Mobilisers work under the General Food Assistance Project supported by WFP in co-partnership with Andre Foods International. You can support YSAT's work here.

John Jal Dak is a South Sudanese refugee living in Uganda. He is the Executive Director of the Youth Social Advocacy Team, a refugee-led organisation supporting food distribution in Rhino Camp.

How Uganda Sets An Example For Integrating Refugees 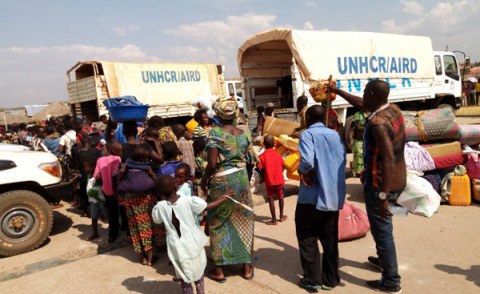 Refugees Flood into Uganda After Fresh Fighting in DRC
Tagged:
Copyright © 2020 African Arguments. All rights reserved. Distributed by AllAfrica Global Media (allAfrica.com). To contact the copyright holder directly for corrections — or for permission to republish or make other authorized use of this material, click here.

Somalia Rejects AU Envoy Because of Ties with Kenya
Women