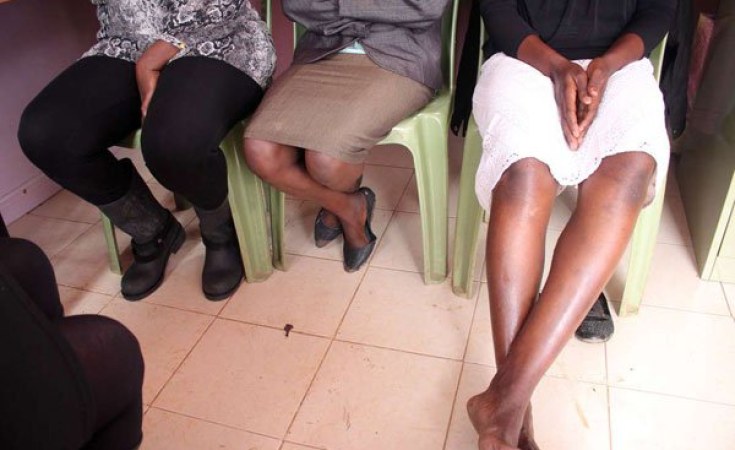 The closure of schools in Swaziland (eSwatini) because of the coronavirus pandemic has led to an increase in sexual and gender based violence against children, a United Nations Development Programme (UNDP) report suggests.

Schools across the kingdom were closed in March 2020 as part of a partial lockdown of businesses and organisations because of the coronavirus (COVID-19). Some schools have since reopened.

The disruption affected 909 primary and secondary schools, approximately 339,000 learners and 15,945 teachers in Swaziland. Also affected were 12 government-aided tertiary institutions that fall under the broad jurisdiction of the Ministry of Education and Training (MoET) with a total of 13,959 students and 748 lecturers, the report stated.

It added, 'School dropout rates might rise, school closures have higher social and economic costs for communities, particularly to vulnerable boys and girls. The girl child faces higher vulnerabilities than boys, and school closures increase the risk of hunger for orphaned children.'

It added, 'The impact is particularly severe for the most vulnerable and marginalized boys and girls and their families. Some of them are exposed to gender based violence, especially sexual violence.'

According to official Swazi police figures, during the period of lockdown between 27 March and 19 April, 299 sexual and gender-based violence (SGBV) cases were reported of which 53 were rape and 213 domestic violence cases. The age group 12 to 17 years has been more vulnerable to sexual violence. In April alone, 30 out of 47 reported rape cases were from this group. Some of them were exposed to gender based violence, especially sexual violence.

Some pupils from poorer backgrounds might not be able to return to education when the coronavirus crisis ended, UNDP reported, because they had fewer educational opportunities beyond school. 'Their non-return, therefore, could deprive them of opportunities for growth and development, end their hopes of escaping poverty for themselves and their families, plunge them deeper into the inequality chasm and reduce overall human capital in the economy. As a result, there most likely will be a rise in the school dropout rates due to teenage pregnancies and child marriage.'

The report said that experience elsewhere in the past showed an increase in teenage pregnancies attributed largely to the closure of schools.

Classes have been moved from classrooms to online. The introduction of this distance education, using information and communications technology (ICT) such as computers and the Internet, had its problems for pupils, teachers and parents, the UNDP reported.

'Learning from home and using ICT for the first time is challenging and requires discipline and motivation that is more suited to older learners. Anecdotal evidence shows that teachers experience confusion and stress when schools close, especially unexpectedly and for unknown durations. They are often unsure of their obligations and how to maintain connections with students to continue to support the learning process.

'Not being trained in the use of ICT, they find it messy and frustrating to make an easy transition to the distance learning platforms even in the best of circumstances. In many contexts, school closures lead to separation for teachers. They experience social isolation because schools are hubs of social activity and human interaction. Thus, when schools close, especially suddenly, many children and youths miss out on social contact, which is essential to learning and development. This also affects their teachers, too, experience has shown.'

Poorer children suffer when schools move classes online. 'Many households find it hard enough to pay the school fees to keep their children in school not to talk of buying a computer or smartphone or some other equipment required for e-Learning. Students who are fortunate enough to scale the hurdle of acquiring computer facilities for e-Learning may be said to have escaped a trap, a poverty-induced trap. But they still have other traps to escape, the report stated. 'Online learning is also not accessible to all children equally. Children from poor households and those living with disabilities could easily be left behind.'

It added there were dangers exposing children to the Internet, including the possibility of sexual exploitation, trafficking, grooming and potential cyberbullying with possible destructive consequences.

LGBT+ Group Is Fighting For The Right To Exist in eSwatini
Tagged:
Copyright © 2020 Swazi Media Commentary. All rights reserved. Distributed by AllAfrica Global Media (allAfrica.com). To contact the copyright holder directly for corrections — or for permission to republish or make other authorized use of this material, click here.