Cameroon: One Person Killed, RFI Journalist Beaten As Cameroon Cracks Down On Protests 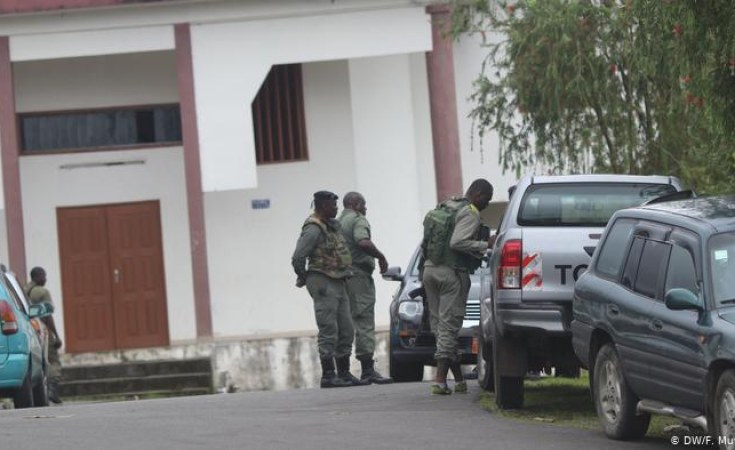 Cameroonian security forces have violently suppressed opposition party demonstrations throughout the country, beating protesters and killing one person in Douala, the economic capital, according to opposition party members. RFI correspondent Polycarpe Essomba was severely beaten and arrested for covering the protests in the capital Yaoundé.

Essomba was kicked and beaten with batons before being arrested. He was released from a police station more than two hours later.

"Radio France Internationale deplores this violence by the Cameroonian police, which seriously undermines press freedom," RFI said in a statement.

In Douala, police fired tear gas and used water cannon on hundreds of protesters who were shouting "Biya must go!" Reuters reported.

The home of MRC's leader, Maurice Kamto, was under siege on Tuesday, according to MRC member Joseph Ateba. He said that hundreds of people had been arrested, including party members Olivier Bibou Nissack, Kamto's spokesperson, and treasurer Alain Fogue.

Security forces amassed on the streets of Yaoundé and other cities in anticipation of demonstrations.

Biya announced on 7 September that regional elections would be carried out in December. Four days later, governors from Littoral and Centre regions banned demonstrations.

Nonetheless, Kamto called for peaceful demonstrations on 22 September against the elections, with a number of other opposition parties and civil society groups joining the movement.

Territorial Administration Minister Paul Atanga Nji wrote a letter to governors saying that the security forces would break up the protests, citing concerns over the coronavirus pandemic.

"These steps are a thinly veiled attempt by the Cameroonian government to use Covid-19 pandemic and the draconian anti-terror law as a pretext to quell the right to assemble," said Lewis Mudge, Central Africa director at Human Rights Watch.