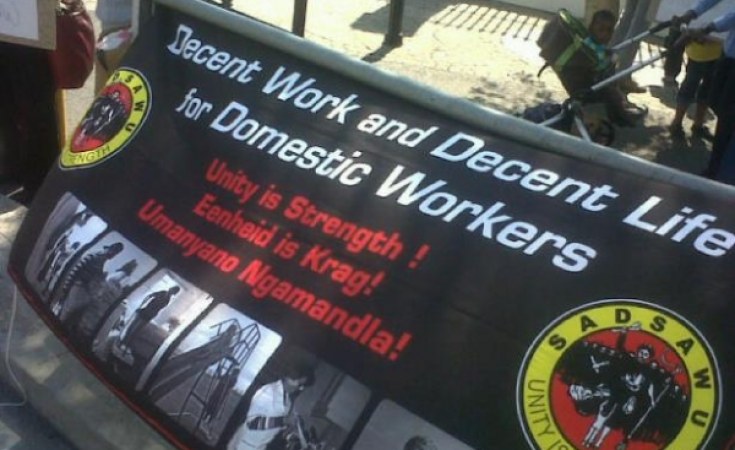 Proposed changes to the Compensation for Occupational Injuries and Diseases Act to include domestic workers have been welcomed by unions.

The Act was passed in 1993, before the Constitution, and has not been amended for years.

The proposed amendments follow court rulings that the exclusion of domestic workers is invalid.

Trade unions have welcomed the move to include domestic workers in private households, in compensation for occupational injuries and diseases.

Workers' Compensation Act to get first overhaul in 23 years

This is the first major overhaul of an Act which was passed in September 1993, and last amended in 1997.

"One aspect that needed correction was the exclusion of domestic employees from COIDA," said Harry Maphologela, senior legal officer at the Department of Employment and Labour, who was on the team that worked on the bill. He told GroundUp during an interview that government officials had completely overhauled COIDA.

The change was long overdue, according to Myrtle Witbooi, general secretary of the South African Domestic Service and Allied Workers Union (SADSAWU), which has about 7,500 active members.

Pinky Mashiane, president of the United Domestic Workers of South Africa (UDWOSA), said unions had been pushing for this change for years. UDWOSA has over 400 active members, she said.

The amendment follows a series of court decisions. Last year in May, the High Court in Pretoria ruled that the exclusion of domestic workers from the Act was unconstitutional and invalid. This ruling follows a court case brought by Sylvia Mahlangu, the daughter of a domestic worker, Maria Mahlangu, who drowned in her employers' home in 2012, and SADSAWU.

In October last year, the same court ruled that the inclusion of COIDA coverage for domestic workers must be applied retrospectively to domestic workers who were injured or died while at work before the granting of the May 2019 order.

Witbooi said that SADSAWU also wanted the Bill backdated to include domestic workers that had lost their jobs because of being injured at work.

"The inclusion of domestic workers under social protection afforded to all other workers for decades is long overdue. Because of this situation, during the Covid-19 pandemic, when a domestic worker contracts Covid-19 at work, the Compensation Fund will not compensate them," Khunou said.

Mashiane said several cases had highlighted the need for compensation for domestic workers.

In early 2000, a domestic worker in Durban, Agnes Mngadi, was attacked by her employer's dogs and died three days later. A second case that Mashiane cited was that of domestic worker Christina Moyo, who was looking after her employer's house in Boksburg when an intruder raped her and slit her throat in front of her four-year-old daughter.

The Bill also proposes the introduction of rehabilitation, reintegration and return to work measures to address the tendency of employers to dismiss employees due to occupational injuries or diseases - measures which are also overdue, Mashiane said.

However, Witbooi said she disagreed with the proposal in the Bill that employees involved in an accident on a public road must claim only from the Road Accident Fund (RAF), not the Compensation Fund. The amendment is designed to prevent workers claiming from both the Compensation Fund, which falls under the Department of Employment and Labour, and the RAF, which is under the Department of Transport. Witbooi said workers involved in an accident while travelling to work by public transport to and from work should still be able to claim from the Compensation Fund if the accident happened during work hours.

The amendment Bill also proposes that the cost of independent medical reports can be refunded to employees by the Compensation Commissioner, a change which would be helpful to domestic workers, said Mashiane.

Both unionists said the domestic workers would intensify their campaign to ensure that Parliament and President Cyril Ramaphosa ratified the Bill.

It's a Date! Kenya to Open Schools on October 19
Arms and Armies