Gambia: The Gambia - Why MPs Just Shot Down the Popular New Draft Constitution 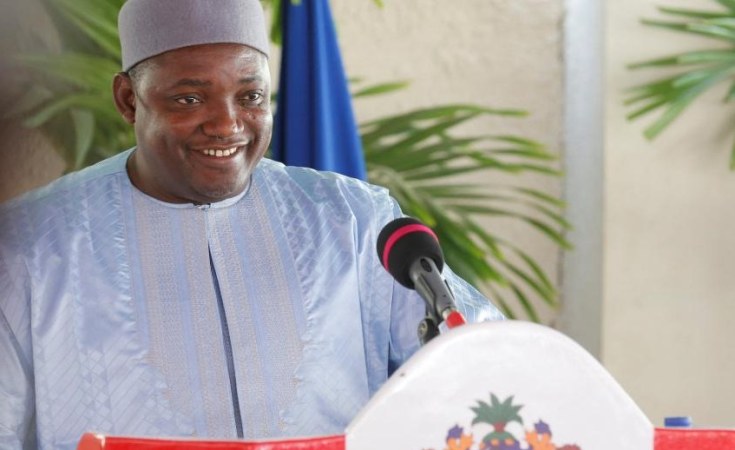 Replacing "Jammeh's constitution" had been one of President Barrow's priorities. So why did his supporters abruptly end the process?

On 22 September, a landmark bill to replace the Gambia's constitution was defeated in the National Assembly. The 2020 Constitution Promulgation Bill was expected to introduce significant changes such term limits, quotas for female participation and curtailments of executive power. Moreover, it would have marked a clear break with the two-decade dictatorship of former president Yahya Jammeh.

During his 21 year rule, Jammeh amended the constitution 50 times - such as to remove term limits and change the requirement for electoral victory from an absolute majority to a plurality - in order to consolidate his power. It was therefore a national priority when President Adama Barrow came to office in 2017 to replace what many referred to as "Jammeh's constitution".

This process began in June 2018 when the National Assembly established the Constitutional Review Commission (CRC) and Barrow appointed 11 commissioners to begin wide consultations. In March 2020, the CRC submitted its final draft. If all had gone as planned, the new constitution would have gone to a referendum in 2021. All signs suggest that it would have garnered overwhelming popular backing.

A 2018 Afrobarometer survey, for instance, found strong support for the draft constitution's key provisions such as: limiting presidents to two five-year terms (87%); requiring the National Assembly to approval ministerial appointments (86%); mandating a quota system for women's representation among lawmakers (85%); and requiring the victor to gain an absolute majority in the presidential election (72%). A survey by the International Republican Institute (IRI) conducted in late-2019 made similar findings. 87% of Gambians agreed the country needs a new constitution. 60% rated the CRC's work positively. And 74% said they intended to vote.

However, this process ended abruptly this week when 23 members of the Gambia's 56-member National Assembly rejected the bill in its totality. For it to pass, it would have needed the approval of 75% of members.

Most of those that opposed the bill are close to President Barrow. They have advanced a range of reasons for their reluctance to support the bill - from complaining about its language policy, to suggesting it contains too many rights, to questioning the need for a new constitution at all. It seems that these were merely distractions, however, from their key concern: allowing Barrow to stay in office.

When Barrow ran for the presidency in 2016, he said that, if elected, he would serve for just three years as a transitional leader. He would then organise fresh elections which he would not contest. Not only did he renege on that promise, but his supporters are looking ahead to his second term and beyond. Having run as the independent figurehead of an opposition coalition in 2016, Barrow has also now registered his own political party, the National People's Party (NPP), ahead of 2021.

The new constitution would have strictly limited the potential length of Barrow's presidency, especially as a transitional clause stated that the incumbent's current term would count towards their two-term limit.

IRI's survey suggests 66% of Gambians supported this provision, but many of Barrow's supporters did not. Saikou Marong MP, for instance, said unequivocally that he will not support any law that is applied retroactively. Meanwhile, a cabinet paper was submitted to the CRC arguing that the current term of the president should not count.

On 22 September, it became clear that enough parliamentarians felt the same way to sink the bill.

Back to square one?

Many Gambians both at home and in the diaspora had called on their representatives not to put individual or partisan advantage above the national interest. Civil society organisations had amplified these voices through the media and their networks. But it seems these efforts were too little too late.

A clear line was drawn between the popular will and a minority of parliamentarians, and the latter got their way. This means the Gambia's 2021 presidential election will be organised under the same problematic 1997 constitution as before. Important reforms and anti-corruption efforts could be undermined. And a once hopeful process has turned out to be an embarrassment, at home and abroad. Several foreign partners who have provided the Gambia with significant financial and technical support to enact reforms may now consider diverting their resources and attention elsewhere.

With the bill defeated, Gambians will have to decide what next steps to take. Some have suggested pushing for incremental changes to the 1997 constitution instead, a position preferred by Jammeh's former party. Others have called on civil society organisations to continue the debate as if the country was still headed for a referendum. For now, political parties continue to disagree on the best way forward.

Sait Matty Jaw is a lecturer at the political science department of the University of the Gambia and the Executive Director of the Center for Research and Policy Development based in Banjul.

U.S. Imposes Sanctions on Former Gambian First Lady
Tagged:
Copyright © 2020 African Arguments. All rights reserved. Distributed by AllAfrica Global Media (allAfrica.com). To contact the copyright holder directly for corrections — or for permission to republish or make other authorized use of this material, click here.