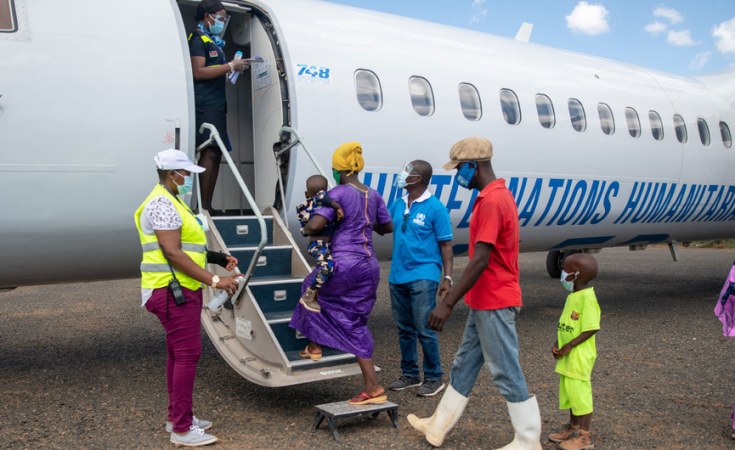 The third cohort of Burundian refugees in Rwanda began their journey back home on Thursday as more continue to register for repatriation citing sustained peace in Burundi.

The 511 refugees will be hosted at the Songore transit camp in Burundi, a two-hour drive from the Nemba border, where they will stay for three days. They will then be reintegrated in Kirundo, Burundi's northern border province with Rwanda.

The group is the third to be repatriated since August 27, bringing the total number of returnees to about 2,000.

The repatriations began following a meeting between intelligence chiefs of the two neighbour countries last month, signaling a thawing of relations.

According to the United Nations refugee agency, UNHCR, more than 6,500 refugees in Mahama Camp - the largest Burundi refugees settlement in Rwanda with up to 60,000 - have so far signed up to go back home.

As more register to leave, the UNHCR estimates that it needs up to $1.5 million to assist in the repatriation this year.

The agency in collaboration with Rwandan and Burundian authorities plans to repatriate at least 500 refugees every week. UNHCR also plans to construct a bigger transit centre in Burundi, close to the Rwandan border.

Those who choose to return home are given a cash grant of $75 per adult and $35 per child, food rations, and basic home utensils. They also receive medical care including Covid-19 testing.

From the region, over 89,000 refugees have been assisted to return to Burundi since 2017, the majority of whom are from Tanzania, which has been home to over 130,000 Burundian refugees. Other returnees were from Kenya and the Democratic Republic of Congo.

Tens of thousands of Burundians fled to neighbouring countries following election violence in 2015.