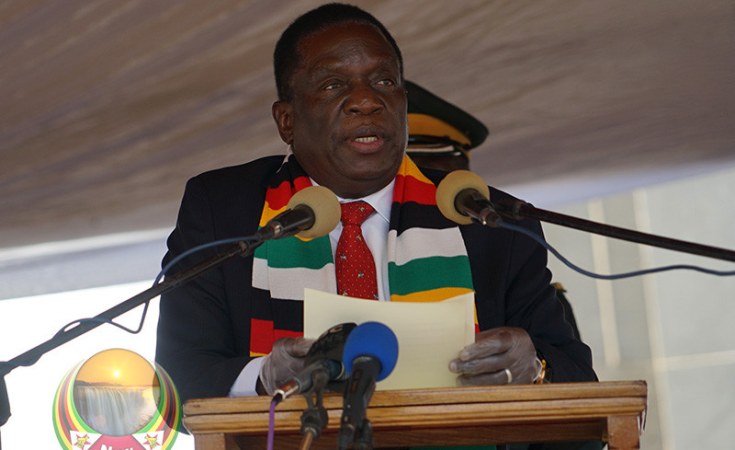 PRESIDENT Emmerson Mnangagwa Thursday told the United Nations his administration was forging ahead with amendments to the national constitution, a process which has been dismissed by opponents as an attempt to entrench his rule.

Addressing the UN General Assembly, the president said the amendments would strengthen the country's Constitution.

Under the current administration, the 2013 Constitution is set to undergo 27 changes that are now set for debate before parliament.

"New pieces of legislation continue to be enacted to strengthen our institutions. The raft of political reforms will benefit the generality of Zimbabweans as we consolidate our respect for human rights," Mnangagwa said.

He said his government was being decisive in upholding constitutionalism.

"My administration is decisive in entrenching constitutionalism, democracy, and rule of law, including the protection of property rights. The commitment of my government to these cardinal principles remains unwavering."

The opposition has accused Mnangagwa of making constitutional amendments that were a clear attempt by the Zimbabwe incumbent to consolidate power.

One of the amendments affects the retirement of judges. This proposed law seeks to introduce five more years for serving judges.

However, the renewals will not be based on the advice of the Judicial Service Commission (JSC), but will be entirely the president's decision. According to the opposition, this does not only remove the all-important security of tenure that judges enjoy but also impact on their independence since their renewal is also at the whim of a sitting president.

Under the amendments, Mnangagwa is also keen on scrapping the Presidential running mate clause.

Opponents and independent critics feel the national leader was cherry-picking amendments that suited his political ambitions while reluctant to fully implement the 2013 constitution.

Meanwhile, Mnangagwa has reiterated his call for the unconditional removal of sanctions imposed on Zimbabwe by the West and the US saying they affected the country's development.

"These are a breach of international law and compromise Zimbabwe's capacity to implement and achieve Sustainable Development Goals, including the eradication of hunger," he said.

"We, therefore, call on the General Assembly to strongly pronounce itself against these unilateral illegal sanctions. Like other nations in the region, we are facing humanitarian challenges, which in our case have been worsened by the illegal sanctions."

Zimbabwe has been under the York of Western sanctions since 2001 but the measures have been focused primarily on the country's political and military leaders accused of corruption and poll theft.

The West and the US have also committed to removing the restrictive measures if Mnangagwa's administration implemented political and economic reforms.

The government has also been accused by the international community of violently suppressing protests, dissent, arresting opposition leaders and activists.

However, Mnangagwa told the General Assembly his government was working hard towards turning around the country's economy.

"Our micro-stabilisation reforms have seen the reduction of our budget deficit to a single digit as well as a positive budget of our current account coupled with the foreign exchange rate and price stability," he said.