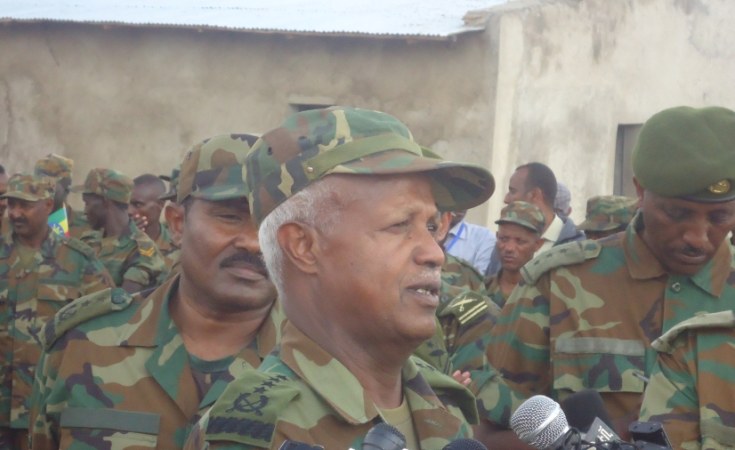 Addis Abeba — General Berhanu Jula, Deputy Chief of Staff & Military Operations Division Head of the Ethiopian National Defense Forces (ENDF), said the army will be "forced to take actions against anyone who claims to violate the constitution."

In an interview with state owned ENA, General Berhanu said that the postponement of Ethiopia's 6th general elections followed a constitutional process and warned that state power can only be held through elections and not through advocating for the chaos of "transitional and caretaker" [government] agenda.

ENA further quoted General Berhanu as saying that the army will be forced to take measures against anyone planing to impose their interest by force by violating the constitution. To this end, he warned those who say the incumbent's constitutional mandate ends in October 2020 and are planning to do as they wish to refrain from such illegal acts.

"In this regard," he added "Politicians should not in any way pursue an agenda related to the defense force in any political campaign."

With regards to Ethiopia's latest demonetization, General Berhanu said the army was tightening its grip on all illicit money transactions following the change of the Ethiopian Birr note. He cautioned against those spreading false propaganda claiming the army has been given blanket permission to take money seized from illicit launderers. The money seized during illicit transactions will be collected into a centralized account and will be used to strengthen the security structure, he said, adding that the army knows the presence of those who are deliberately tarnishing its name.

Without specifics, he cited individuals who had previously published defamatory articles pretending to have obtained documents from inside sources. Although such acts were serious breaches, the army has tolerated them in the past, he said warned those who repeat such offenses to refrain from now onward.

Citing the reform undertaken within the army, General Berhanu said that the previous "Revolutionary Army Building Document" failed to free the army from political partisanship. But that has been reformed and a new doctrine currently in use dictates the army to protect "the people and the country without any political bias." General Berhanu also assured the army was in a position to carry out its missions effectively. AS 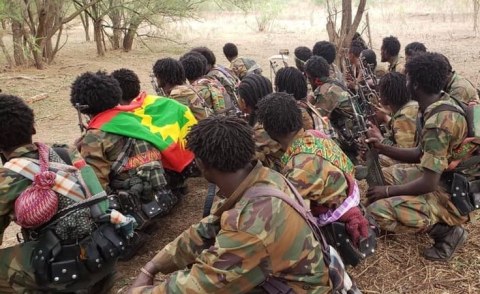 Ethiopian Militants Massacre Dozens of Civilians
Tagged:
Copyright © 2020 Addis Standard. All rights reserved. Distributed by AllAfrica Global Media (allAfrica.com). To contact the copyright holder directly for corrections — or for permission to republish or make other authorized use of this material, click here.