Africa: Impact of Covid-19 On Women and Children 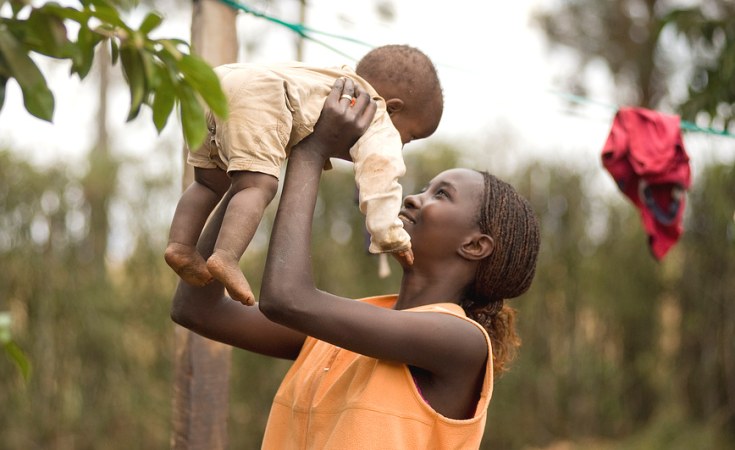 Dublin — The impacts of crises are never gender-neutral and COVID-19 is no exception. The pandemic has resulted in increased rates of violence against women and has exacerbated challenges in accessing justice. Women are losing their livelihoods faster than men.

Millions of women are assuming disproportionate responsibility for caregiving. Many women have found themselves unable to access contraception and other sexual and reproductive health services. UN experts predict that as many as 13 million more child marriages could take place over the next 10 years because of COVID-19 shutdowns of schools and family planning services combined with increasing economic challenges.

Women and girls from marginalised and minority communities are especially at risk - in the United Kingdom for example, black women are over four times more likely than white women to die from COVID-19.

COVID-19 risks damaging much of the progress towards gender equality that myself and other women activists have spent our lives working towards. As the Chair of The Elders, a group of independent global leaders brought together by Nelson Mandela, I have the privilege to work alongside two other women who were, like me, the first women leaders in their countries - Gro Harlem Brundtland of Norway, and Ellen Johnson Sirleaf of Liberia. I also seek to serve Mandela's vision of a world of peace, justice and human rights alongside pioneering human rights lawyer, Hina Jilani, who set up the first law firm for women in Pakistan and Graça Machel, a tireless fighter for women's education and emancipation. We are all deeply concerned that women already seem to be bearing the brunt of the socio-economic fallout from COVID-19, and that this pandemic may deepen the gender inequality rift.

This year we commemorate the 25th anniversary of the Beijing Declaration and Platform for Action, where representatives from all 189 nations committed to "the full and equal participation of women in political, civil, economic, social, and cultural life." We have made positive strides in the last 25 years: more girls than ever are completing primary school; the proportion of young women married as children has declined globally from 1 in 4 to approximately 1 in 5.

However, as a major report to mark the anniversary notes, we now need a new roadmap for progressing gender equality that draws on the wisdom and experience of leading women from across every sector, as well as new younger voices.

COVID-19 has starkly exposed underlying inequalities and reminded us all that rights on paper are not necessarily rights in practice. I am disappointed at the slow progress on women's political representation and leadership. Fifteen countries now have women in the highest position of political power - up from 5 in 1980, but down from the peak of 18 in 2018. The number of women in parliaments remains less than 25 percent on average. This under-representation of women in positions of political power and influence appears to be replicated within COVID-19 task forces. However, we have seen that countries led by women seem to have been very effective in managing the pandemic.

Seeing how women and girls are rising to respond to the challenges posed by the pandemic is what gives me hope and spurs me on. The examples are many. Dejana Stosic leads a civil society organisation in Serbia, Human Rights Committee Vranje, that provides a free 24-hour online service to support survivors of gender based violence. Jamie Margolin is a young climate activist using her platform to raise awareness about the intersection of COVID-19, the climate crisis and racial injustice. Ellen Johnson Sirleaf is working with several women leaders across Africa who are successfully advancing the fight against COVID-19.

Women's leadership at all levels must be at the core of the response to the pandemic if we are to prevent a roll back on women's rights. We need to support the collective action of women, particularly grassroots groups, and stand in solidarity with, and encourage, the next generation of leaders.

History has shown us that crises can also produce some of the most seismic changes. One of my great feminist heroines is Rosa Luxemburg, who fought for freedom in Poland and Germany before, during and after the First World War. Just over a century, she declared that "freedom is always freedom for the one who thinks differently".

Now, more than ever, we need to think differently about justice and gender equality. As the world charts a course for a post-pandemic future, we need to draw on our collective strength - rethink, reset and build a better world for future generations.

Why Global Leaders Must Listen to the Girlchild

Previous Story
Tagged:
Copyright © 2020 Inter Press Service. All rights reserved. Distributed by AllAfrica Global Media (allAfrica.com). To contact the copyright holder directly for corrections — or for permission to republish or make other authorized use of this material, click here.