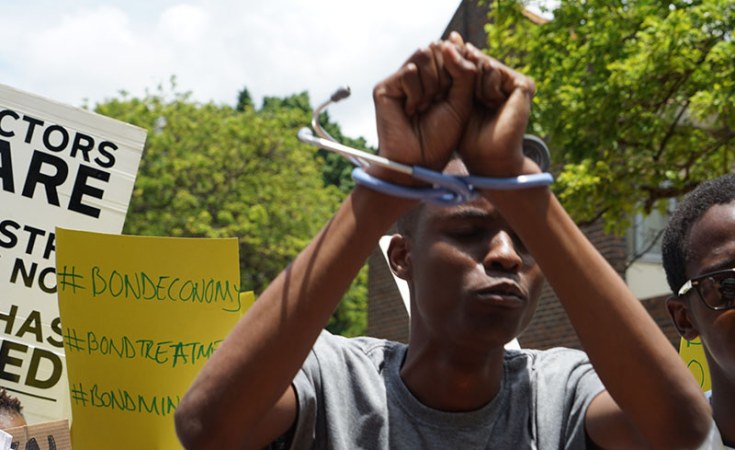 Medical doctors have expressed concern over what they are frustrating measures introduced by the government to reduce brain drain in the country amid reports that health workers are growing impatient with the economic situation in the country and seeking greener pastures abroad.

The ministry of health and child care has reportedly announced a cumbersome new process for doctors to get clearance including paying upto US$200.

In an interview with a local publication, an unnamed doctor who had found a lucrative job outside Zimbabwe accused government of imposing stringent measures to block them from leaving the country.

The doctor said he had found a job in the United Kingdom, and he knew over a dozen friends who are also ready to leave.

"Many healthcare workers, including nurses, are waiting for lock-down regulations to be eased so they can leave for greener pastures. They've already written the required exams. An exodus is coming.

"The government has resorted to blocking health workers from leaving the country by imposing stringent conditions," he said.

Previously, doctors who went overseas were required to obtain a "Certificate of Good Standing" which had to be signed by a senior doctor with five years' experience and a senior member of the profession, provincial medical director or medical superintendent they last practiced with in the previous six months.

Under the new conditions, a hospital clinical director, provincial medical director or medical superintendent must first sign, followed by the Director of Curative Services in the ministry of health and child care before the application finally goes to the ministry's permanent secretary for "approval."

Zimbabwe's 5,000 doctors have twice been on strike over the last 12 months decrying salaries as low as Z$9,450 (US$115) per month. Many are reportedly ready to leave when the coronavirus lock-down is lifted from October 1.