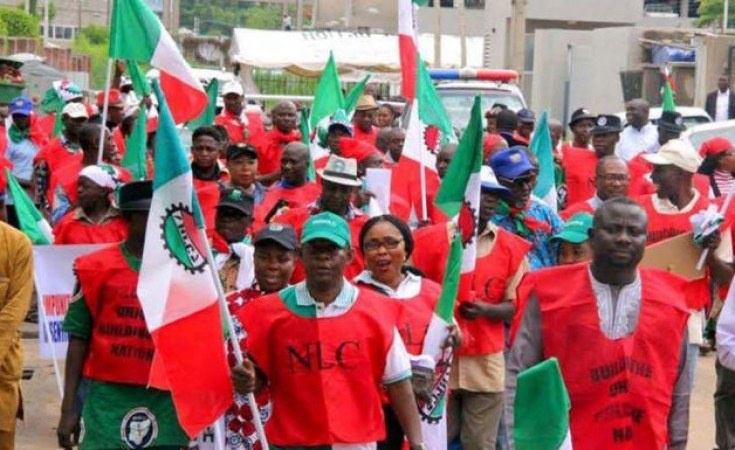 The labour unions suspended the strike after a late night meeting with a federal government team.

The Nigerian Labour Congress (NLC) and Trade Union Congress (TUC) had scheduled September 28 for a nationwide rally to protest increases in the prices of petrol and electricity.

They suspended the strike and rally after a late-night meeting with a federal government team at the Presidential Villa, Abuja.

They also resolved to review their decision in another two weeks to see if their agreement with the government is being complied with.

The suspension of the protest was announced by the minister of labour and employment, Chris Ngige, and contained in a communiqué signed by all the parties involved in the meeting which ended in the early hours of Monday.

Mr Ngige said the unions decided to suspend the strike after fruitful deliberation.

"Consequently, the NLC and TUC agreed to suspend the planned industrial action," he said.

Speaking on the electricity tariff, Mr Ngige said the parties agreed to set up a Technical Committee comprising Ministries, Departments and Agencies of government as well as the NLC and TUC, which will work for a duration of two weeks from today.

He said the responsibility of the committee is to examine the justifications for the new policy in view of the need for the validation of the basis for the new cost-reflective tariff as a result of conflicting information from the field.

Mr Ngige said the committee would also look at the different DISCOs and their electricity tariff 'vis-à-vis NERC order and mandate.'

"NNPC to expedite the rehabilitation of the nation's four refineries located in Port Harcourt, Warri and Kaduna and to achieve 50 per cent completion for Port Harcourt by December 2021, while timelines and delivery for Warri and Kaduna will be established by the inclusive Steering Committee," he said.

"The Federal Government and its agencies to ensure delivery of 1 million CNG/LPG AutoGas conversion kits, storage skids and dispensing units under the Nigeria Gas Expansion Programme by December 2021 to enable the delivery of cheaper transportation and power fuel. A Governance Structure that will include representatives of organized Labour shall be established for timely delivery," he said.

He said the government will facilitate the removal of tax on minimum wage as a way of cushioning the impacts of the policy on the lowest earners.

He said the federal government will give the labour unions 133 CNG/LPG-driven mass transit buses immediately and "provide to the major cities across the country on a scale-up basis thereafter to all States and Local Governments before December 2021."

He said 10 per cent of the ongoing Ministry of Housing and Finance initiative will be allocated to Nigerian workers under the NLC and TUC.

"A specific amount to be unveiled by the federal government in two weeks' time which will be isolated from the Economic Sustainability Programme Intervention Fund and be accessed by Nigerian Workers with subsequent provision for 240,000 under the auspices of NLC and TUC for participation in agricultural ventures through the CBN and the Ministry of Agriculture. The timeline will be fixed at the next meeting," he said.

Speaking separately after the meeting, the president of the NLC, Ayuba Wabba, and that of the TUC, Quadri Olaleye, confirmed the content of the communique.

Mr Wabba also said the technical committee will work out a lasting solution in addressing the electricity tariff including the issue of metering.

"Other issues are very clear, palliatives that needed to be extended our members and Nigerians that will cushion the effect of these policies. So it is, therefore, the decision of organised labour as represented here to suspend the action and we are going to convey our CWC to present it to them," he said.

PREMIUM TIMES reported how the labour unions threatened to embark on a nationwide protest on September 28, if the federal government fails to revert the prices of fuel and electricity tariff.