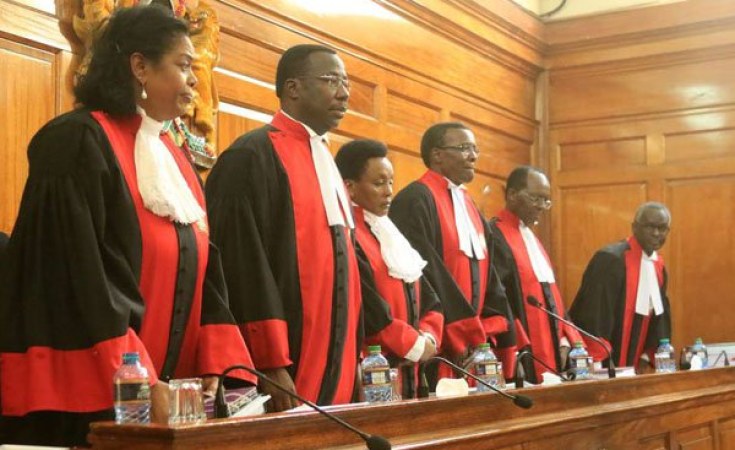 Chief Justice David Maraga has transferred 42 judges, some who have been handling cases of immense public interest.

The new changes, coming in the wake of a political storm raised by the CJ's advisory to President Uhuru Kenyatta to dissolve Parliament over failure to implement the two-thirds gender rule, will see judges move from one station to another, and some to entirely new divisions.

Justice Stella Mutuku, who has been handling the high-profile murder trial of Sarah Wairimu Cohen, the widow of Dutch businessman Tob Cohen, has now been moved to the family division of the High Court.

And Justice James Wakiaga, who has been presiding over the trial of Joseph Irungu and former TV anchor Jacqueline Maribe in the murder of businesswoman Monica Kimani, has been moved to the Anti-Corruption Division of the High Court.

Also affected by the changes is Justice Enock Chacha Mwita, who was last year moved to the Kajiado High Court from Nairobi.

Justice Chacha's transfer in February last year came amid heavy criticism from the Executive, which accused him of being biased.

Justice Mwita will return to Nairobi on November 1, when the transfers will take effect.

Interestingly, the judge is going back to the same station that put him on a collision course with President Kenyatta's administration.

Justice Mary Kasango, who has been handling the legal battle between the East African Development Bank and 'Cabinet secretary without portfolio' Raphael Tuju, is leaving the Commercial Division at the Milimani Law Courts in Nairobi for the High Court in Kiambu.

The shake-up will also see Judge Alfred Mabeya return to Nairobi from Meru. One of the most prominent cases presided over by Mr Mabeya ended with the award of Sh4.2 billion to city businessman Francis Mburu as compensation for a piece of land in Ruaraka that had allegedly been grabbed by the government.

The land is part of a larger parcel for which Mr Mburu has since claimed compensation through applications filed before other High Court judges.

The Ruaraka land case stirred controversy after the Education ministry paid more than Sh1 billion to the businessman in an out-of-court settlement.

Mr Mabeya will be replaced in Meru by Justice Patrick Otieno, who has hitherto been in Mombasa.

Justice Mathews Nduma Nderi is among eight judges of the Employment and Labour Relations Court who have been affected by the shake-up effected by CJ Maraga.

Mr Nderi returns to Nairobi five years after presiding over a historic legal battle between the Kenya National Union of Teachers (Knut) and the Teachers Service Commission (TSC).

Justice Nderi was widely praised for resolving the case that saw teachers return to work after a five-week go-slow that had paralysed learning across the country.

Shortly after the Knut-TSC case was concluded and teachers were promised a pay rise, Justice Nderi was moved to Kisumu.

Justice Hellen Wasilwa, who last week reversed her previous decision that had declared Nairobi Metropolitan Services an illegal entity, has been moved to Nakuru.

At the Environment and Lands Court, Justice Grace Jemutai Kemei has been transferred from Murang'a but has not yet been informed of her new station.

Among the cases she has been handling in the county is a land dispute pitting Kandara residents against fruit processing firm Del Monte Kenya Ltd.

Justice Mary Oundo has been moved from Nyahururu to Embu while Judge Yuvinalis Angima has left Embu for Nyahururu.

Judge Christine Meoli, who was in Kiambu, has been transferred to the Civil Division in Milimani, Nairobi.

Justice Dora Chepkwony will switch one port city for another, as she leaves Mombasa for Kisumu.