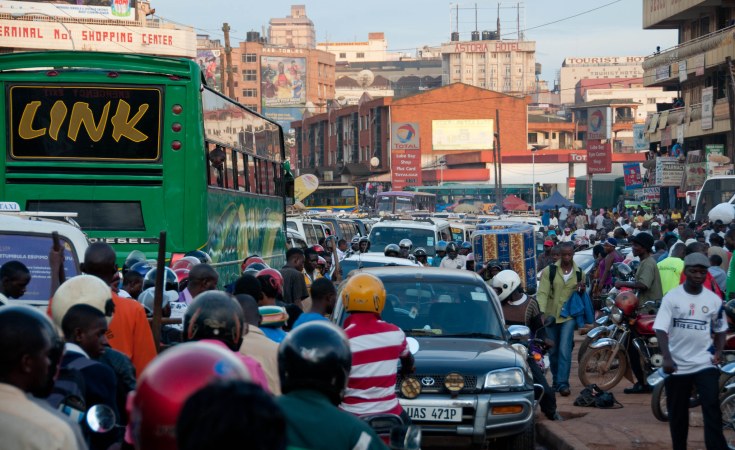 The details are contained in the Bank of Uganda state of the economy report for September in which the Central Bank indicated government borrowed Shs6.362 trillion from International Monetary Fund, Trade and Development Bank and Stanbic Bank towards countering economic distress brought about by Covid-19.

"The increase between June 2019 and June 2020 was mainly due to a Shs6.362 trillion increase in external debt largely attributed to borrowings towards countering the economic distress brought about by Covid-19," the report, which highlights the performance of the economy, reads in part.

The report indicates that the stock of public debt (in nominal value) stood at Shs56.526 trillion as of June, which translates to 40.8 per cent of gross domestic product and an increase of 20.5 per cent relative to June 2019.

During the period, the Central Bank reported, external debt grew by 18 per cent while domestic debt increased by 19.4 per cent.

However, much of the borrowed money was drawn from external sources.

The Central Bank also indicated that whereas there had been "an increase in borrowing, Uganda's debt levels remain sustainable with low risk of debt distress; however, significant vulnerabilities are evident".

The vulnerabilities, the report said, originate from massive expenditure pressures, subdued economic activity, declining tax revenues and a possible decline in grants while increase in interest payments will be a substantial drain on available resources.

The report also indicated that during July and August, the Central Bank purchased $47.4m to build up reserves, which in April had been threatened by the Covid-19 pandemic.

According to the report, the stock of foreign exchange reserves, as of June stood at $4.14b (including valuation changes), equivalent to 5.4 months of future imports of goods and services.

Dr Adam Mugume, the Bank of Uganda executive director for research, had in April said there was need to mobilise resources to support foreign exchange reserves that are expected to take a hit due to Covid-19.

The Central Bank also indicated that the; "low purchases [$47.4m] were on account of low business activity occasioned by the Covid-19 lockdown, which lowered inter-bank foreign exchange market activity".

The currency market, according to Bank of Uganda, has remained stable since the beginning of the year amid disruptions.

According to the report, the shilling in August strengthen, consolidating gains made over the previous three months.

During the period, the report indicates, the shilling appreciated against the dollar by 0.7 per cent to sell at Shs3,678, mainly supported by high inflows from export receipts, non-governmental organisations, personal transfers and offshore investors, amid subdued demand.

On an annual basis, the report shows, the shilling appreciated by 0.4 per cent to August.