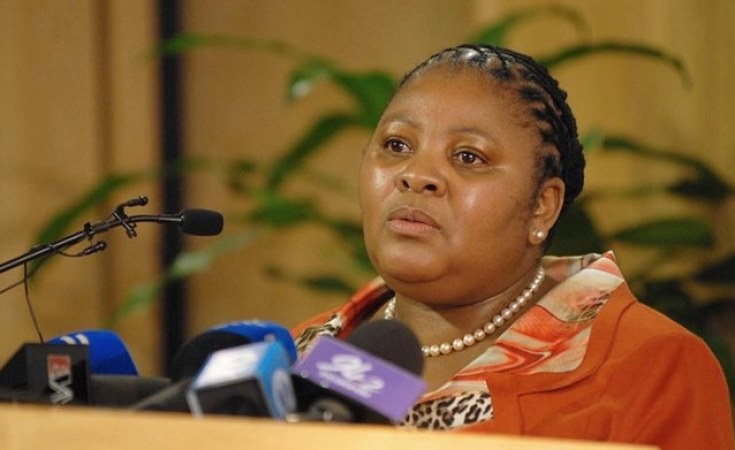 President Cyril Ramaphosa has issued the Minister of Defence and Military Veterans Ms Nosiviwe Mapisa-Nqakula with a formal reprimand for conveying an African National Congress (ANC) delegation to Zimbabwe on an aircraft of the South African Air Force (SAAF).

The President has further sanctioned the Minister by imposing a salary sacrifice on the Minister's salary for three months, starting from 1 November 2020. Her salary for the three months should be paid into the Solidarity Fund, which was established to support the country's response to the coronavirus pandemic.

The President furthermore directed the Minister to make sure that the ANC reimburses the state for the costs of the flight to Harare and to report to him once that has been done.

President Ramaphosa's decision follows his consideration of her initial report and a supplementary report that he had directed the Minister to provide on the circumstances that led to the ANC delegation travelling on a South African Air Force plane to Harare, Zimbabwe on 8 September 2020.

While the Minister was on an official trip for which the President had given permission and for which she was entitled to use a SAAF aircraft, he found that it was an error of judgment to use the plane to convey a political party delegation.

The President said that this error of judgment was not in keeping with the responsibilities of a Minister of Cabinet. He found that the Minister:

did not "act ... in the best interest of good governance" as required by the Executive Members Code;

failed to adhere to legal prescripts warranting care in use of state resources;

acted "in a way that is inconsistent with [her] position" as required by the Code.

In his letter of reprimand to the Minister, President Ramaphosa said he appreciated that the ANC had committed to reimburse state resources spent in excess of those the Minister would have incurred for her approved travel to meet her Zimbabwean counterpart.

However, the sanction imposed on the Minister demonstrated the seriousness with which the President viewed the Minister's error of judgment, given her high position in government.