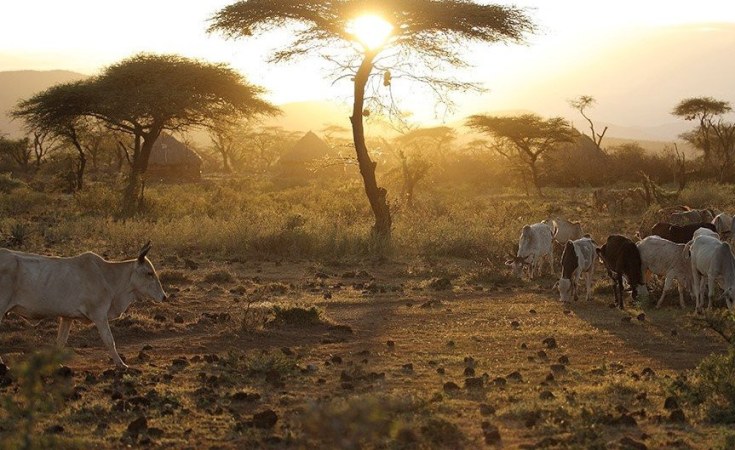 Cape Town — Geneticists believe that newly-published research on the resilience of African cattle can help breed new generations which yield more milk and meat than at present.

Scientists from African, Asian and European universities announced today that sequencing the genomes of 172 indigenous cattle from 16 main cattle breeds has generated a set of genetic markers and information associated with the tolerance of heat and drought, the capacity to control inflammation and tick infestations, and resistance to diseases like trypanosomiasis (sometimes known as nagana or sleeping sickness).

Professor Olivier Hanotte, principal scientist of the International Livestock Research Institute (ILRI), which is based in Nairobi and Addis Ababa, said the insights could be used "to breed a new generation of African cattle that have some of the qualities of European and American livestock — which produce more milk and meat per animal — but with the rich mosaic of traits that make African cattle more resilient and sustainable." 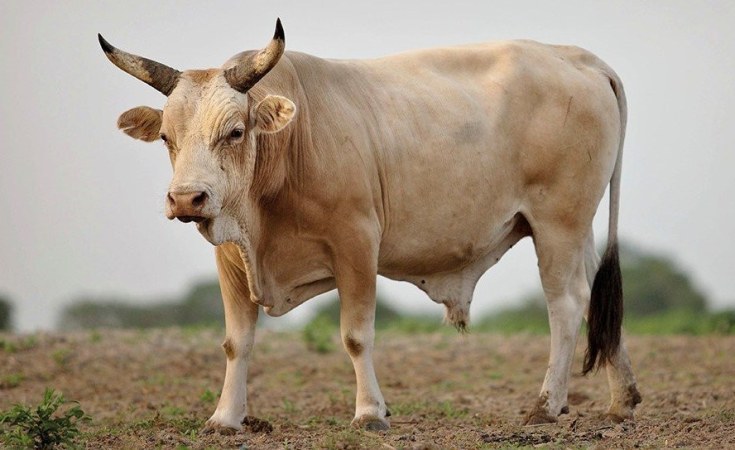 The research findings were published in the journal, Nature Genetics. The ILRI worked with Seoul National University and the Rural Development Agency in South Korea, the University of Khartoum, the Centre of Tropical Livestock Genetics and Health in Scotland, Uppsala University in Sweden and the University of Nottingham in Britain.

The ILRI said in a news release that the scientists "wanted to learn how — after spending thousands of years confined to a shifting patchwork of sub-regions in Africa — cattle rapidly evolved during the last millennia with traits that allowed them to thrive across the continent... 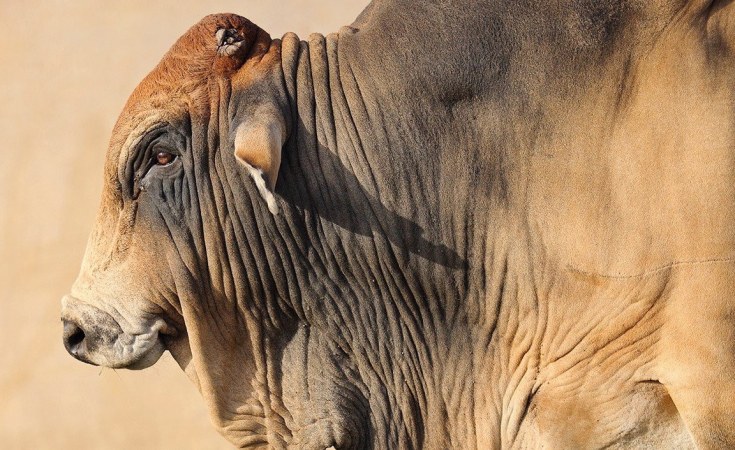 ILRI
Improved Boran in Kenya are muscular and well proportioned, yet docile and easily managed

"They discovered what co-author Steve Kemp, leader of ILRI's LiveGene program, described as an 'evolutionary jolt' that occurred 750 to 1050 years ago: the arrival of Asian cattle breeds in East Africa carrying genetic traits that would make cattle production possible in diverse and demanding African environments."

The research indicated that herders cross-bred the Asian cattle, known as Zebu, with local Taurine cattle in the Horn of Africa.

"The Zebu offered traits that would allow cattle to survive in hot, dry climates typical in the Horn of Africa," the ILRI said. "But by crossing the two, the new animals that emerged also retained the capacity of the Taurines to endure humid climates where vector-borne diseases like trypanosomiasis are common."

Defending the continued breeding of livestock, the principal ILRI scientist, geneticist Ally Okeyo Mwai, said without cattle, "millions of people in Africa would have been forced to hunt wildlife for protein... That would have been devastating for the African environment and its incredible diversity of wildlife." 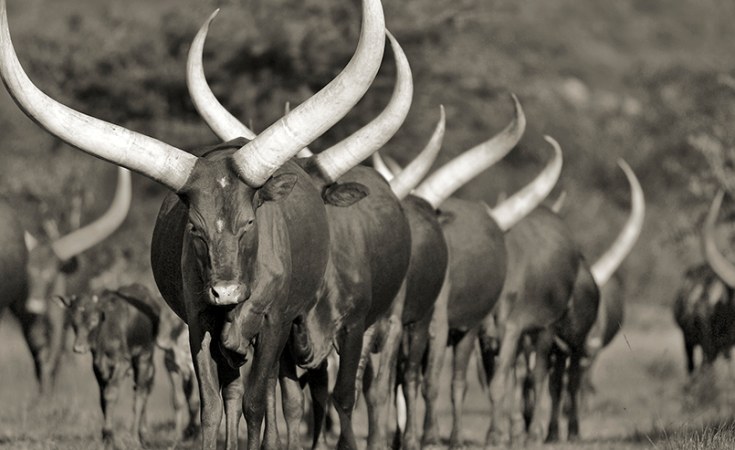 ILRI
Ugandan Ankole cows head homeward after a day grazing in the bush.

"We're fortunate that pastoralists are such skilled breeders," Hanotte said. "They left a valuable roadmap for efforts underway at ILRI and elsewhere to balance livestock productivity in Africa with resilience and sustainability."

Added Professor Kemp, "You can see from studying the genomes of indigenous cattle that breeding for environmental adaptation has been the key to successful livestock production in Africa. That has to be factored into our future efforts to develop more productive, more sustainable animals."