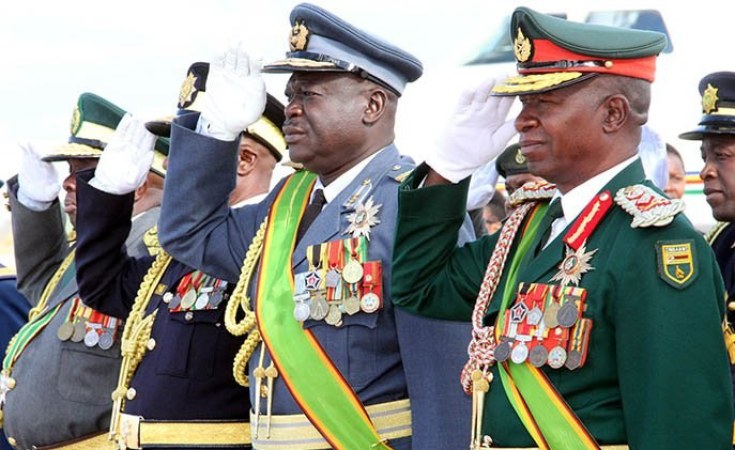 Maj-Gen (Rtd) Zimondi said this during his farewell visit to Bindura Prison yesterday. He is currently on leave pending his retirement at the end of next month after being at the helm of ZPCS for 22 years.

Major-Gen (Rtd) Zimondi, who was accompanied by his successor Comm-Gen Moses Chihobvu, said corruption is a serious pandemic that destroys a person, organisation and a nation.

"Prison officers are tasked to look after some people who were involved in corrupt activities. We cannot be seen engaging in corruption because we would have failed in our duties," he said.

"The President, Cde Emmerson Mnangagwa talks about zero tolerance to corruption and we have to follow what our leader says. Mechanisms were put in place to ensure that corruption is dealt with but we continue to read about corruption issues.

"I am emphasising to prison officers that you should be the last people to be accused of corruption. Please desist from corruption. A disciplined officer will never engage in corrupt activities."

He urged the officers and prisoners to work hard and not to rely on hand outs.

"A donor is the most oppressive person because he/she doesn't want you to work for yourself. We never relied on donors during the liberation struggle but on our own efforts and we survived. I urge prison officers and inmates to continue upgrading yourselves academically. Before you rehabilitate someone, rehabilitate yourself first. Unity and teamwork is the secret to success," he said.

Looking back on his tenure, Maj-Gen (Rtd) Zimondi said one of the reforms achieved by the ZPCS was changing the punitive correctional system inherited from the colonial era to the current rehabilitative system.

He thanked President Mnangagwa, various ministries and the nation for supporting him during his tenure, which resulted in the ZPCS being recognised as an important stakeholder in the security of the nation. He also paid a courtesy call to Minister of State for Provincial Affairs and Devolution Senator Monica Mavhunga, who described him as a hard-working and compassionate person.

"He leaves behind a legacy of patriotism and we appreciate his great leadership under which the ZPCS transformed from an institution that focused on a punitive system to a rehabilitative one," she said.

"He is a dedicated farmer in the province and we are excited that he will now contribute to the provincial Gross Domestic Product (GDP). After losing Air Chief Marshal (Retired) Perrance Shiri, we still have a father figure in Cde Zimondi.

Turning to Com-Gen Chihobvu, Minister Mavhunga said: "Our Bindura Prison is in bad shape. Its improvement must be top priority. I recommend that you consider children of war veterans who meet your criteria during your recruitment."