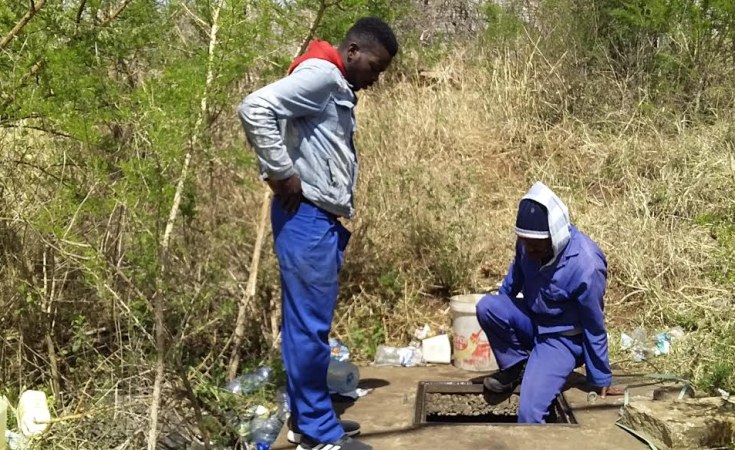 Families in drought-stricken Dutywa are drinking filthy water from roadside drains because three out of the four water trucks which are supposed to bring them water need repair.

And in Butterworth, residents say the town has been out of water for three weeks.

Amathole District Municipality spokesperson Nonceba Madikizela-Vuso said the Gcuwa dam which supplies Butterworth and surrounding areas, and the three dams which supply Dutywa town are all dry. Four water tankers are supposed to bring water to Dutywa residents, filling up at Kei Bridge 154 km away, and delivering three loads each a day. But three of the four are currently being repaired. She said there were not enough water tankers in the area, and because of poor roads, they frequently have to be repaired.

Butterworth families say there is another problem: instead of filling up the communal tanks, truck drivers fill private tanks, charging the owners R1,500 to R2,000 and leaving those who do not have tanks struggling for water. Bottled water in the shops costs R25 for five litres, says Aviwe Mafenuka, and people like him who are unemployed cannot afford that.

When GroundUp visited the town on Monday, the taps were dry. Mafenuka and others were pushing trolleys to a drain in the bushes. The smell of human waste was unbearable.

"Each time when our taps are dry we come here," he said. "We have no choice but to drink this water. You just close your nose and start drinking because the smell is very bad," said Mafenuka.

The Butterworth water crisis has been long in the making. In 2015 the town was declared a drought disaster by then Eastern Cape Premier Phumulo Masualle.

Residents have staged a number of protests including shutting down of this town and blocking the busy N2 between East London and Butterworth with burning tyres, demanding water. They called for the deepening of the Gcuwa dam.

The latest protest was in February this year.

In Dutywa town, 35 km from Butterworth, residents also said they were drinking smelly dirty water and sometimes the water had human waste. The town falls under the Mbashe Local Municipality. There is a borehole but it is too far for most families. Those who use it are mostly from Butterworth and have cars.

When GroundUp visited the borehole last week, most people we interviewed said they had been there for more than three hours.

At 11am Odwa Sentiwe said he had been there since 6am. "I normally wait for three hours. The problem today is that we didn't have electricity since the morning. Electricity only came back 40 minutes ago," he said. When there is no electricity and the borehole does not work, families take water from the drain next to the main road, he said.

Asiphe Diko, a student at the School of Excellence, was filling water from the drain. "Sometimes this water has human waste and we don't even know where the water comes from but we are desperate. We first boil it but it's just not healthy," he said.

Madikizela-Vuso said she could not comment on the sale of water by truck drivers as no official complaint had been made to the municipality.