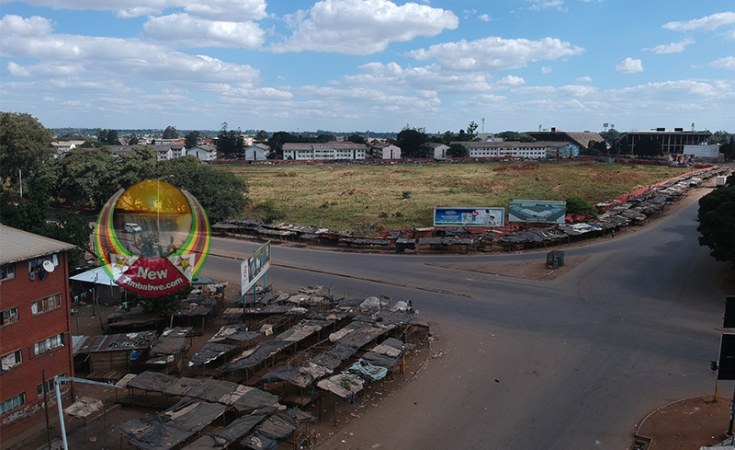 A new report has been launched in Zimbabwe showing a sharp increase in domestic violence during the country's two-month Covid-19 lockdown between April and May.

The report, entitled Violence Against Women and Girls During the Covid-19 Crisis in Zimbabwe, gathered data from five NGOs working with survivors of gender-based violence, including the Musasa Project, the Adult Rape Clinic and the Zimbabwe Women Lawyers Association.

Data was gathered in March, April and May. This coincided with the month before and the two months of the lockdown imposed by President Emmerson Mnangagwa's government on March 30 to prevent the spread of coronavirus.

Important research on GBV in Zimbabwe during CV-19 launched today in #UKaid-funded #SAFEreport. GBV reports to NGOs in April-May were up 38.5%: most was Intimate Partner Violence. We recommend a ring-fenced proportion of the national budget go to GBV and mitigating CV-19 effects - AdultRapeClinic (@AdultRapeClinic) September 29, 2020

The data showed that reports of physical violence went up by 38.5 percent during April and May.

"The increase in help-seeking could be due to increased incidence of violence, increased severity of violence, or the inability to use alternative options for escaping violence such as going to stay with relatives," the report notes.

Reports of emotional violence over the same period were up by 80 percent. This represented the sharpest rise during lockdown, "possibly due to heightened household tensions resulting from confined living conditions and increased financial stress".

Most Zimbabweans depend on the informal sector, so the lockdown measures severely hampered families' abilities to earn a living.

Most restrictions have now been lifted, with infection rates appearing to slow down. Fatalities have so far totalled 228, well below worst-case scenarios.

How did frontline women's services respond to the increase in GBV during Zimbabwe's lockdown?

With innovation, as a @UKaid funded report launched today shows there was a 38.5% uptick in GBV reports to NGOs in Apr-May: we need a multi-sectoral approach to mitigate CV-19 effects. pic.twitter.com/8QxkUpj0hq - Women and Law in Southern Africa - Zimbabwe (@wlsazim) September 29, 2020

The researchers did not collect figures of domestic violence at the community level, relying on figures of cases reported to NGOs. Experts say that since less than five percent of gender-based violence survivors seek the support of NGOs, the reported cases are likely a fraction of those that did occur.

"One NGO supported a survivor both of whose arms were broken; another survivor who sought support had her face cut with an axe, others had broken legs," the report says.

Thanks to this group that met today to agree how we can step up our response to the rise of violence against women in Zimbabwe during C-19. Clear pathway forward to plan for a sustained increase, coordinate response & put women at the centre @UKinZimbabwe @WCOZIMBABWE @MUSASAZIM pic.twitter.com/1dHgZtY7IL - Jessie Kirk (@jessiekirkdev) September 29, 2020

Not all cases involved domestic perpetrators. There were also claims of police rape of sex workers arrested during lockdown. The report noted 15 claims of police violence in two separate communities.

The increase in reports of violence to the NGOs came despite the obstacles placed in the way of survivors trying to get help. These included travel restrictions in place during lockdown, police roadblocks and severe limits on public transport.