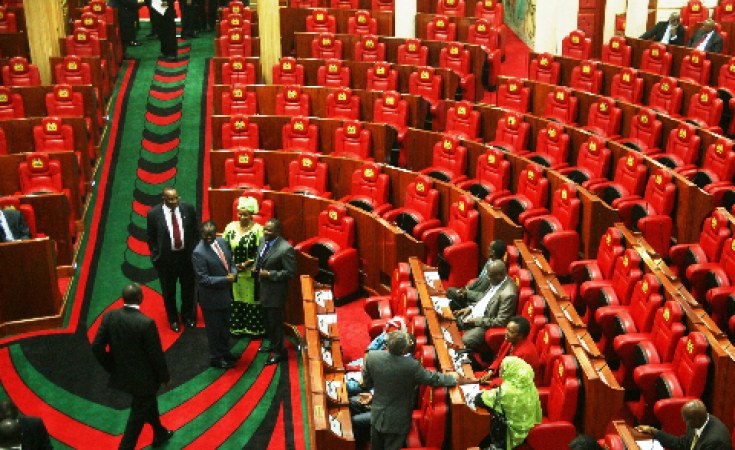 Legislators from Nakuru, Bungoma and Kisii counties have dismissed a leaders' performance index by research firm Infotrak, which rated them poorly.

In the report released Monday, Mr Gachobe and his Molo counterpart Kimani Kuria were among the bottom 15 MPs with approval ratings of less than 40 per cent.

Ms Chelule, on the other hand, ranked 44th out of the 47 woman representatives in the country.

Reacting to the report, she expressed her disappointment with the company, which she accused of a political witch-hunt.

She reckoned that it is unfair for the company to use the same formula used to rate constituency MPs.

"These people have not engaged us to know how we are working and may not know how we have mapped our development and empowerment agendas across the county. Their survey report does not give a true picture of what is on the ground," said Ms Chelule.

Mr Gachobe rubbished the report, saying it was doctored to serve certain interests.

He urged his constituents to ignore the report and wait for the one to be released by the Constituency Development Fund which, he said, is trustworthy and will give a true picture of his performance.

"I will not be deterred by people trying to make money out of fake reports. My people know the work I have done and are in a better position to rate my performance," the MP said.

Emuhaya MP Omboko Milemba was rated the best performing legislator with a 75.4 per cent score while Kisumu Woman Representative Rosa Buyu emerged the best in the category with a 61.5 per cent score.

Infotrak chief executive Angela Ambitho said the study sampled 37,600 Kenyans in each of the 290 constituencies and 1,450 wards between November 2019 and January 2020.

The firm explained that the Infotrak Kenyan Elected Leaders Performance Index "has been designed on the premise that public perception and performance approval of political leaders is largely determined by [their] engagement and critical understanding of what resonates with their constituents."

In Bungoma, Kimilili MP Didmus Barasa emerged the top performer with 66.5 per cent and was followed closely by Mt Elgon MP Fred Chesebe Kapondi with 56.4 per cent.

Eseli Simiyu of Tongaren constituency was number three with 56.3 per cent and was followed by Sirisia's John Waluke, who scored 55.2 per cent, and Kabuchai's James Lusweti with 53.2 per cent.

Then came Alfred Sambu of Webuye East with 53.1 per cent, Webuye West's Daniel Wanyama with 49.2 per cent. Kanduyi's Wafula Wamunyinyi with 48.2 per cent.

Bumula MP Mwambu Mwabonga took the last position in the county with a 47.9 per cent score. He also dismissed the findings, alleging external influences amid mixed reactions by groups of youths in the county.

Joyce Wafula, vice chair of the Bumula Constituency Youth Association (Bucoya), distanced herself from the chair's sentiments against the MP.

"Bucoya supports the leadership of the day, where the MP reciprocates by supporting youth empowerment programmes," she said.

"If there is an MP who has performed really well it is Mabonga. He has built schools, revamped the road network and supplied many homes with electricity," Mr Wakhuleka said, adding Infotrak "might have cooked figures in Nairobi" and that the sample was not big enough.

One Calistus Ali said the MP has "revamped KeNHA road and schools and erected floodlights in major markets".

In Kisii County, MPs are also on the spot over their dismal performance as the Infotrak report put them at the bottom of the pile.

The legislators dismissed the findings, terming them skewed.

"I do not believe the report was genuine. Nobody from my area has said that they were interviewed. In Kenya money talks and everything else walks," said Mr Onyonka.

However, residents interviewed by the Nation backed the results, saying the MPs have been exposed as non-performing.

They urged the lawmakers to use the remaining two years of their terms to serve their constituents better.