A United States appeal court has dismissed an appeal against a New York district court's ruling that a lawsuit over the colonial German authorities' genocide of Namibia's Ovaherero and Nama populations between 1904 and 1908 cannot be pursued in a US court.

In a judgement delivered on Thursday last week, the US Court of Appeals for the Second Circuit concluded that the US District Court for the Southern District of New York correctly found in March 2019 that it did not have the jurisdiction to hear a case in which Germany was sued for damages for the genocide and enslavement of the Ovaherero and Nama people under German colonial rule, and for the expropriation of their land and property.

The legal action was filed by Ovaherero paramount chief Vekuii Rukoro, Nama chief Johannes Isaack and other plaintiffs in 2016.

In 2018, the plaintiffs amended their lawsuit in New York to have Germany restrained from continuing to exclude them from discussions and negotiations regarding reparations for the genocide committed by the German colonial authorities.

The appeal court agreed with the district court that it did not have jurisdiction to deal with the case. The court concluded its judgement with the statement: "The terrible wrongs elucidated in plaintiffs' complaint must be addressed through a vehicle other than the US court system."

'Fight With Germany Over Genocide Far From Over' 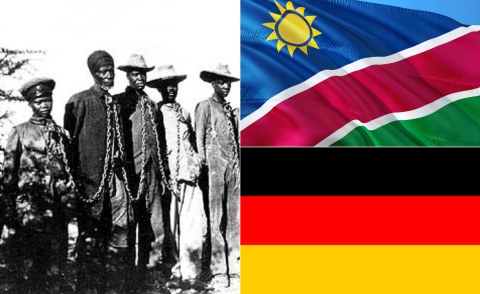 Namibians Say Genocide Deal Reflects Germany's Crime Denial
Tagged:
Copyright © 2020 The Namibian. All rights reserved. Distributed by AllAfrica Global Media (allAfrica.com). To contact the copyright holder directly for corrections — or for permission to republish or make other authorized use of this material, click here.