South Africa: Learners Are Only Attending This Uitenhage School Once a Week 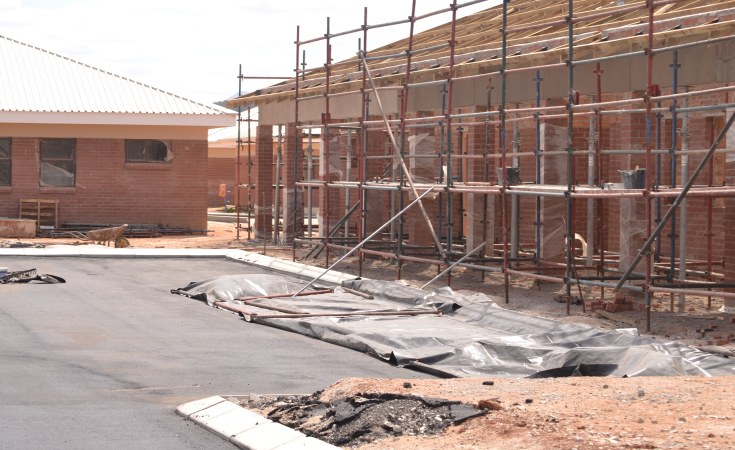 Thamsanqa Mbovane/GroundUp
Construction delays of a new R68-million school for Noninzi Luzipho Primary in Gunguluza, Uitenhage have resulted in its learners only being able to attend school once a week.
GroundUp (Cape Town)
By Thamsanqa Mbovane

Learners at Noninzi Luzipho Primary in Uitenhage can only attend school once a week.

The school has large class sizes and cannot safely accommodate all learners.

Construction of the new school started in 2017.

Work on the site has been delayed by worker and community protests.

The education department says the new school could be completed by February.

Construction of a new school for Noninzi Luzipho Primary in Gunguluza, Uitenhage have resulted in its learners only being able to attend school once a week. This is in order to maintain safe distancing in classrooms.

Construction of the new school started in 2017 after protests by parents in 2014.

In May 2019, we reported that workers at the new R68-million school building site had downed tools over a training fund. At the time, workers said 22 of the 27 new classrooms had been completed.

Noninzi Luzipho Primary has 970 learners with class sizes of more than 50 children before the Covid-19 lockdown.

School Governing Body (SGB) chairperson Aletta April says since reopening, their small school can only accommodate up to 20 learners per class. She says they've divided the classes up and each grade now attends once a week. This is going to have a "negative impact on learners' performance," says April.

She says there is little hope for most of the learners to make meaningful progress under their new arrangement. "Learners tend to forget to do their homework because they attend school every seven days. We urge parents to also help with homework because we need to work together for the future of our children," she says.

She says the SGB is pushing for parents to continue paying normal tuition so that they can complete work on the new school.

Eastern Cape Department of Education spokesperson Vuyiseka Mboxela said their aim was to finish the new building by February 2021. "The project is 73% complete," she said. There will be 21 classrooms, an admin block, a media centre, a science centre and grade R education spaces, she said.

But she acknowledged that there were infrastructure problems at Eastern Cape schools. This is why the department has advised schools to divide attendance across classes.