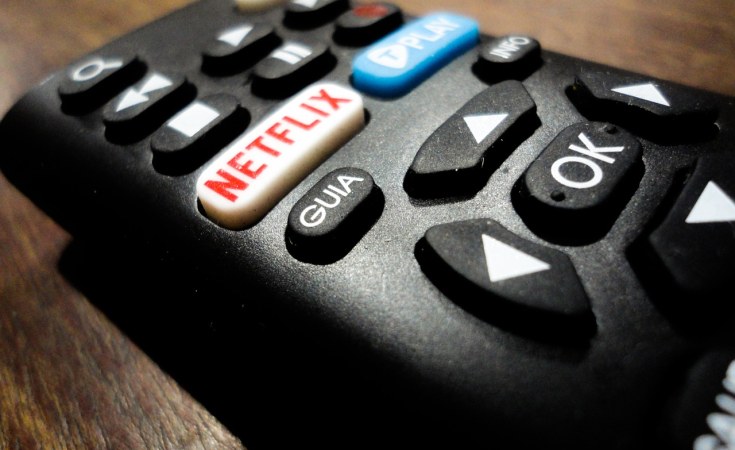 Director Florian Schott's 'Baxu and the Giants' is the first local short film to show on the popular streaming service, Netflix.

The 29-minute long film commenced streaming on the service on Tuesady 30 September.

According to Scott, the Netflix deal came about through one of the Film Festivals 'Baxu and the Giants' took part in. Particularly the RapidLion International Film Festival hosted in March in Johannesburg, South Africa.

Apart from earning the Best Humanitarian Film nomination at the festival, Baxu and the Giants impressed one particular sales agent as well.

"I attended the festival with my wife and Production Coordinator Cherlien Schott and Karl Ehlers, one of our composers. At the festival, I had a meeting with a South African Sales Agent who watched Baxu and the Giants and as we stayed in touch they heard that Netflix was looking for African Shorts and that they were apparently interested in Baxu and the Giants," Schott said.

Schott said while delivering the film to Netflix's technical specs took a bit of time, they are "super happy that it all came together and our film will be available on Netflix soon."

"Of course, it's a huge honour to be the director of the first Namibian film on Netflix but the congratulations really need to go out to the whole Crew, especially Girley Jazama and Andrew Botelle, and of course our star Camilla Jo-Ann Daries," Schott added.

Jo-Ann Daries won the Best Female Actress Award for depicting the 10-year old Baxu at the Namibian Theatre and Film Awards 2019. Equally, the film itself is loved by local and international audiences, having received numerous accolades here and overseas.

"I am confident that this is just the first of many Namibian productions on Netflix," Schott add. "And a huge opportunity for Namibian filmmakers to showcase their films around the world."

On 27 August 2020, the first official soundtrack of 'Baxu and the Giants' was released to the public. The beautiful single 'Sada Di Tama Hâ' by Lize Ehlers, Cherlien Schott, Karl Ehlers (LOFT) and Imms Nicolau feat. Camilla Jo-Ann Daries comes with an awesome video that was directed by Girley Jazama, who co-wrote the script of Baxu and the Giants. 'Sada Di Tama Hâ' directly translates to 'not ours' in Khoekhoegowab.

"As we got multiple requests to release the music from the film we'll do that in the coming days as well," the director said.