Rwanda: Genocide Mastermind Félicien Kabuga to Be Tried in Arusha

U.S. Department of State
Pictures of Felicen Kabuga on the U.S. State Department's website about fugitives from justice.
The New Times (Kigali)
By James Karuhanga

The French Appeals court on Wednesday, September 29, ruled that suspected genocide mastermind Félicien Kabuga be transferred, from France to the custody of the Residual Mechanism for International Criminal Tribunals (RMICT), in Arusha for trial.

Early June, the Paris court of appeal upheld a similar ruling by another French court.

It also comes after the request for bail by the genocide suspect was turned down by a French court on May 27.

Kabuga last appeared in court on Wednesday, May 27, a week after his lawyers were granted more time to prepare their case.

"Final decision. He is going to Arusha," Etienne Nsanzimana, the president of Ibuka-France told The New Times. 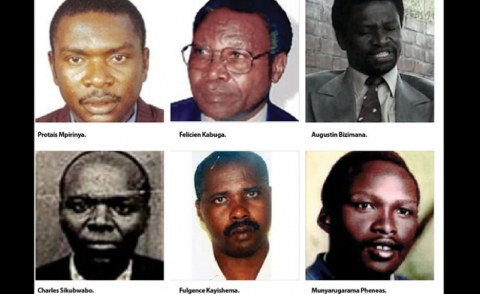 French Report on Genocide Leaves 'Bitter Taste' For Rwandans
Tagged:
Copyright © 2020 The New Times. All rights reserved. Distributed by AllAfrica Global Media (allAfrica.com). To contact the copyright holder directly for corrections — or for permission to republish or make other authorized use of this material, click here.