Africa: Why Global Leaders Must Listen to the Girlchild 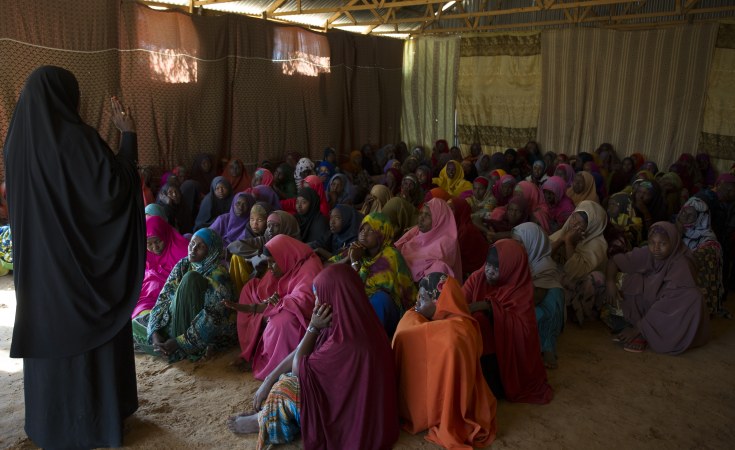 25 years after Beijing Declaration, what progress on ending female cutting?

"The girlchild of today is the woman of tomorrow." So states the Beijing Declaration, agreed in 1995 at what was hailed as an extraordinary step forward for gender equality.

On 1st October 2020, world leaders will gather at a high-level meeting during the UN General Assembly to commemorate the day the landmark declaration was signed, and show leadership on the roadmap it set out.

A girl born on this day a quarter of a century ago, would today be a young woman, celebrating her 25th birthday.

If she lived in one of the 90+ countries where woman and girls are affected by female genital cutting, she may have been cut before her fifth birthday. I want you to pause and think about how, as the Millennium turned, she, as a five-year-old might be undergoing the cut. This is why I founded Orchid Project in 2011 to support a vision of a world free from female genital cutting; to make that girl more visible.

As this child faced her girlhood and adolescence, she might have experienced devastating health and psycho-social impacts. If she had been infibulated (sewn up), she might have lived in fear of being cut open again before her (probable) "marriage" as a child bride in order to have intercourse.

Imagine she has today turned 25. She might have been pregnant six or seven times and may have delivered four babies, but lost three to miscarriage or neo-natal death. The data tells us her two daughters would already have been cut. This is the life story of a girl born in 1995.

Skip forward 20 years to a girl born in 2015. The incredible news is that a girl of five now is less likely to have undergone the cut. Change has been gradual but is partly due to better understanding at community level and growing awareness globally. This has led to the inclusion of female genital cutting in frameworks and policies and, in time, more resources for ending the practice.

Those who were in Beijing in 1995 point to the pivotal moment when Hillary Clinton proclaimed: "Women's rights are human rights". This set a sponsoring thought that's infused everything since then. The reality is nothing happens in a vacuum.

This lesson is something that became clear to me on 20th December 2012 when the UN passed a resolution on ending cutting. I was in Guinea Bissau on that day, visiting a community who had chosen to end cutting with West African organisation, Tostan. It seemed a powerful moment of synchronicity to see how change at the micro level was being mirrored at the macro level; from the grassroots to the treetops.

One way of bridging these two arenas - dry, arcane policy on one hand, giving voice to girls on the other - is to ensure that representation is authentic. Let's commit to making sure girls' voices are heard in those rooms. This is not easy, but in the absence of a perfect solution, we have to reach for somewhere along the path and let in the 'art of the possible'. Acknowledging the absence of the five-year-old girl might be one step on the journey.

Using research and evidence is another step. In the past decade, the number of girls and women recorded as having been cut has increased: from 100 million in 2000, rising to 200 million today. This reflects that, as we talk more about the girlchild, we have made the invisible visible. This leads to activism, taboo-shrinking, accountability of actors who in turn commission data and then suddenly, the girl appears in datasets.

In most countries, the practice is declining. However, population growth is erasing these hard-won gains. We have an incredible opportunity to accelerate an end to cutting right now, rather than eroding progress.

Now, as we fight to simply stand still, it's important to recognize that we should be invoking the power of frameworks like the Beijing Declaration and shining light on the change they have fostered.

The work of any activist rests powerfully on the shoulders of those who have stood before. The mothers of this generation have inherited from the grandmothers of the movement, who were on the frontlines at Beijing. We in turn have to support the girlchild of today to allow her to reach her potential, until she is old enough to lead the movement into the future.

Three Things You Need to Know About Contraceptives and Covid-19

Impact of Covid-19 On Women and Children