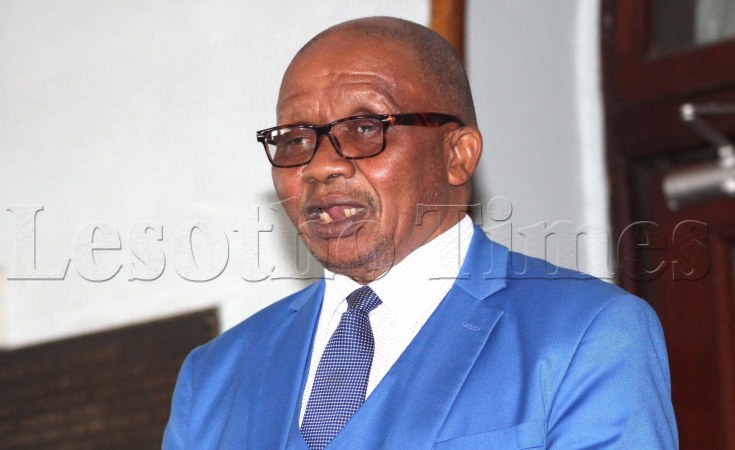 The National Reforms Authority (NRA) this week appointed Advocate Mafiroane Motanyane as its chief executive officer amid allegations of rigging and clandestine disqualification of some candidates.

Adv Motanyane polled 39 of the 59 votes from the authority.

NRA chairperson Pelele Letsoela said the authority was unanimous in the decision and was unfazed by allegations of bias and that the process was influenced by external forces.

Mr Letsoela said the NRA was aware of a court case lodged by former Mining minister, Lebohang Thotanyana, over claims that he was "clandestinely" disqualified from the shortlist of candidates.

All four, including Mr Thotanyana, were excluded from the interviews' shortlist.

He however, argues that he was inexplicably disqualified even though the NRA Act of 2019 states that the processes of appointing NRA staff, including the CEO, must be transparent.

The NRA, the NRA selection panel for the CEO and Deputy CEO, Law and Justice Minister Professor Nqosa Mahao, Attorney General Advocate Haae Phoofolo and the Institute of Development Management (IDM) are the first to fifth respondents respectively.

The matter is expected to be heard in the High Court today.

"We are aware that there is a court case and we are the main respondents," Mr Letsoela said.

"However, there is no interdict stopping us from doing our job... It was no secret that we were selecting the CEO from the three shortlisted favourites (Adv Motanyane, Koenene Leanya and Tšiu Khatibe).

"That was done without any disturbances. We leave court issues with the courts and the lawyers."

Adv Motanyane's recruitment was done in full view of the public, therefore that there was no way the results could have been rigged.

"The NRA has today appointed Mafiroane Motanyane as its CEO. Basotho have seen his performance (in the interviews) against the other candidates. They have seen that the NRA is trustworthy. The people can therefore, not accuse the NRA of wrongful appointment because they have witnessed the performances themselves. We want to build a model where all senior officers are appointed in a transparent manner," Mr Letsoela said.

He said the NRA would not be deterred from executing its mandate as the reforms were long overdue.

"The NRA is an independent body. No storms coming our way will beat us down. There is unity and determination within the NRA. People demand change through the reforms and this change should not only talked about. It should be seen. We have only heard the rumours but nothing has been directed to us," Mr Letsoela said.

Mr Letsoela said he had warned Mr Thotanyana in one of their correspondences that though he had the constitutional right to go to court, doing so would delay the process since court cases often take long.

"If we were to wait for the court judgement, the reforms will never happen and luckily, we have not been interdicted from appointing a CEO. So, we have elected the CEO. How long the case takes is not Basotho's problem. The reforms will proceed," Mr Letsoela said.

NRA selection panellist, Motsamai Nyareli, said the renumeration package for the CEO would be determined by Law minister Prof Mahao and his Finance counterpart, Thabo Sophonea as provided for by the NRA Act. The NRA panel only recommended the package.

He said Adv Motanyane's appointment will be followed by the shortlisting of applicants for the deputy CEO post. The recruitment exercise will also be done publicly.

"Such allegations are ruining national issues and unfortunately, the public seems to fall for them. It is not right to suggest that some people from the Ministry of Law have influenced the decision to appoint Adv Motanyane. There is no way that they could have influenced all the 59 NRA members," Mr Nyareli said.