Nigeria - 60 Years of Failing On Expectations 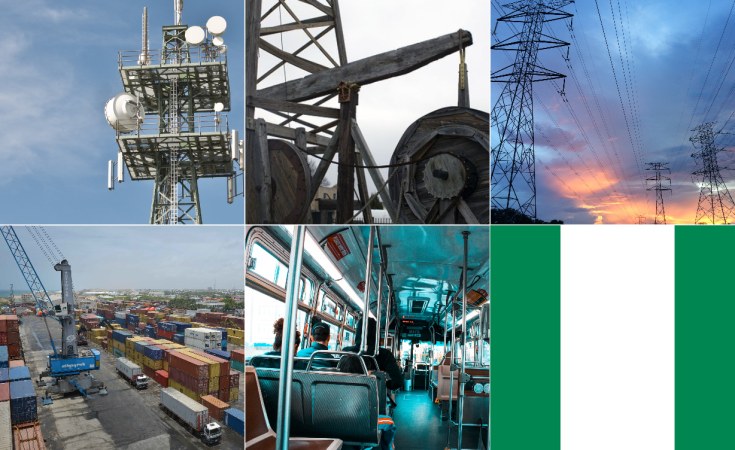 At 60, Nigeria appears to have failed more than it has really succeeded, writes

By most standards of socio-economic development, Nigeria has not lived up to its potentials since becoming an independent country in 1960. In the morning of October 1, 1960, its leaders, folks and indeed the world cheered a new country

with immense promises; 60 years after, Nigeria has become the world's poverty capital.

Over the years, the country rose to become the largest black nation on earth and steadily populated most corners of the earth with its brilliant people who have notably helped other countries succeed in the task of nation building while

their homeland ironically continued to fail on expectations.

When the British colonial government gave up its rulership of the country in 1960, it was reportedly considered by many to be relatively ready and able to lead Africa and indeed the black race from the front. While there were talks about the country's weak and largely undefined unity, the Prime Minister, Tafawa Balewa in his Independence Day speech delivered in Lagos, disclosed to the world that Nigeria was committed to leveraging its independence to become a responsible member to it then and in the future.

"This is a wonderful day, and it is all the more wonderful because we have awaited it with increasing impatience, compelled to watch one country after another overtaking us on the road when we had so nearly reached our goal.

"But now we have acquired our rightful status, and I feel sure that history will show that the building of our nation proceeded at the wisest pace: it has been thorough, and Nigeria now stands well- built upon firm foundations," Balewa said then.

But years down the line, Balewa's claim that, "each step of our constitutional advance has been purposefully and peacefully planned with full and open consultation," seems farfetched considering the country's unsteady socioeconomic development.

Despite her immense natural and human resource endowments, sustained cases of poor political governance, abject poverty, pitiable electricity infrastructure, needless deaths from bad roads and ill-equipped hospitals, as well as incessant security challenges have dominated and kept Nigeria from living up to its prospects. Across its regions, states, villages and homes, citizens have grown weary and depressed of how badly the country is doing in key socioeconomic benchmarks.

Five years after its independence, Nigeria in 1965 built its first refinery at Alesa Eleme part of Port Harcourt, closer to most of the oil fields it earlier discovered. At the time it did, the refinery's initial output was 38,000 barrels

a day (bd) which was enough for the country to run its domestic economy. The capacity was however expanded to 60,000bd as demand and population increased.

The country entrusted the Nigerian National Petroleum Corporation (NNPC) to run the refinery as it indeed managed her hydrocarbon resources, and soon the corporation built another in Warri in 1979 with a 100,000bd production capacity, Kaduna and a second in Eleme in the 1980s.

Collectively the NNPC had a crude oil refining portfolio of 445,000bd capacity, and they adequately met Nigeria's domestic demands for refined products at the time; excess outputs from the refineries were reportedly exported until in the 1990s when their production began to decline while the country's population increased.

With time, NNPC's four refineries could not supply Nigeria the volume of petroleum products its domestic economy demanded, and the country embraced importation as an alternative. It was for no reasons other than persistent corrupt management practices in the refineries' business, absolutely poor maintenance culture as well as systemic adoption of all-round inept processes that the four refineries failed woefully and has now totally collapsed.

To keep refined petrol flowing in her domestic economy, the country yearly import billions of litres of refined petrol, pay enormous financial subsidies to oil marketers to keep pump prices at government regulated prices and sadly ship off to foreign countries millions of jobs that local refining of oil should have given to her growing population.

Recently, the Petroleum Products Pricing Regulatory Agency (PPPRA) disclosed that between 2006 and 2015 alone, Nigeria paid out N8.9 trillion on petrol subsidy. Without a doubt, business analysts believe that such monies could have remained within Nigeria if her refineries were up and running.

The government has also reportedly spent billions of naira, recently about N276 billion between 2015 and 2018, to repair the refineries without any results.

In her 60 years as a sovereign nation, Nigeria from available data has been unable to provide electricity to 80 million citizens. According to records obtained from the World Bank, and which are comparable with that of the Nigerian Electricity Regulatory Commission (NERC), access to electricity in the country have remained extremely low with approximately 80 million people shut out from the national grid which has equally floundered on account of diversities of systemic challenges.

The World Bank in an appraisal document it prepared following its intention to support the country's power sector with funds to invest in infrastructural upgrade, explained that Nigeria has the largest absolute electricity access deficit in sub-Saharan Africa.

The country, it stated is also the second largest in the world, after India in this regard with its national electrification rate put at 55 per cent while rural electrification rate is only 39 per cent. Even in parts of the country where the national grid has gotten to, the NERC explained that supply stability is uncertain with an average of 4000 megawatts (MW) of electricity generated daily for supply to millions of connected citizens.

According to the World Bank, to achieve universal access to electricity by 2030, "Nigeria would need to connect between 500,000 to 800,000 households per year. Both grid extension and off-grid solutions will be needed to provide quality services to unserved and underserved households and businesses in a timely manner."

Even though the country has privatised its electricity sector to infuse some level of efficiency, the NERC disclosed at the end of 2019 that just about 43 per cent of citizens connected to the national grid have electricity meters, leaving 57 per cent metering gap in the sector.

In a research work, 'the Economic Consequences of Electric Power Failures in the Greater Lagos Area,' by Ignatius Ukpong and published in the Nigerian Journal of Economic and Social Studies, Nigeria between 1960 when it became independent and 1966, Nigeria generated and distributed to homes and offices connected to the national grid then 440.4MW and 1208.4MW by 2001, it was reported to have raised her generation capacity to 6261.70MW but mostly failing to invest in electricity generation to match her growing population.

Today, it is reported to have an installed generation capacity of 12,500MW but only able to generate and distribute an average of 4500MW to homes and offices. Her inability to provide electricity to most of her citizens is despite her abundant natural gas, hydro and solar resources.

In June, the World Bank estimated that the economic cost of Nigeria's power shortages was around $28 billion which is equivalent to two per cent her Gross Domestic Product (GDP).

The bank noted that getting access to electricity ranks as one of the major constraints for the country's private sector, adding that its 2020 Doing Business report highlighted this and the need to improve the power sector performance.

Its Country Director for Nigeria, Shubham Chaudhuri explained that: "The lack of reliable power has stifled economic activity and private investment and job creation, which is ultimately what is needed to lift 100 million Nigerians out of poverty."

Despite its enormous hydrocarbon resources which places it as Africa's largest oil producer, Nigeria has continued to struggle with making its resources work for its wellbeing, and in 2018 overtook India in global poverty rate to become the world's poverty capital.

According to data compiled by the World Poverty Clock and which were drawn from both household surveys and new projections on country economic growth from the International Monetary Funds' (IMF) World Economic Outlook, over 105 million

Nigerians have fallen into the poverty threshold, living on less than $1.90 a day.

Researchers at the World Data Lab which produced the report, explained that becoming the world's poverty capital means that largest number of people living in extreme poverty - 105 million, were in Nigeria. This they noted was about half of the country's population.

Similarly, the National Bureau of Statistics (NBS) confirmed the country's slide into the world's poverty capital with its poverty and inequality report which measured data between September 2018 to October 2019.

From its research, the NBS stated that 40 per cent of Nigerians live below its poverty line of N137,430 per year. It explained that from the data, 82.9 million people of the country's population are within the extreme poverty ring.

It stated that: In Nigeria, 40.1 per cent of the total population was classified as poor. In other words, on average, four out of 10 individuals in Nigeria has real per capita expenditures below N137,430 ($352) per year."

The NBS also noted that 52 per cent of Nigeria's citizens who live in rural areas live in extreme poverty, while18 per cent reside in urban centres.

In addition to its status as the world's poverty capital, the country has also continued to record infant deaths albeit reports that over the past five years, infant and under-five mortality rates have remained steady at 74 and 117 deaths per 1,000 live births, respectively.

According to the United Nations Children Fund (UNICEF), in every 13 new-born, one Nigerian child dies before reaching age one while one in every eight do not survive to their fifth birthday.

The UNICEF explained that infant and under-five mortality rates have both declined gradually over the past 25 years, down from 126 and 213, respectively, in 1990, but that they are closely related to key socioeconomic and geographic characteristics, which suggests that the country sliding into the world's poverty capital could affect the statistics going forward.

"Both rates decrease as household wealth index and the mother's education level increase," the UNICEF stated in analysis of the country's infant, under-five and maternal mortality rate. 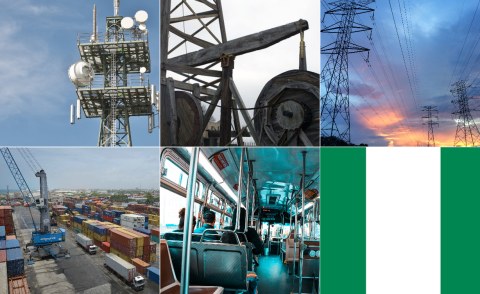 Nigeria Plunged Into Darkness As National Power Grid Collapses
Tagged:
Copyright © 2020 This Day. All rights reserved. Distributed by AllAfrica Global Media (allAfrica.com). To contact the copyright holder directly for corrections — or for permission to republish or make other authorized use of this material, click here.