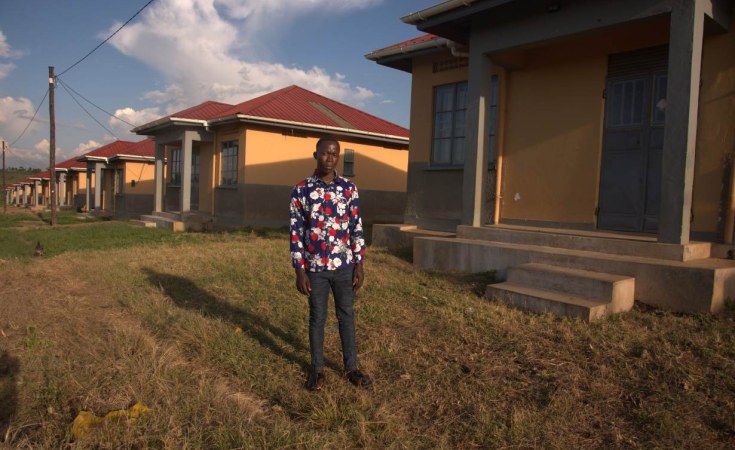 Buliisa, Uganda — Farmers say the long-delayed project has put limits on how they can use their land and failed to pay promised compensation

Two years ago, surveyors came to measure a swathe of land cutting through the Bitamale family's homestead in western Uganda.

The family was not sure whether the land acquisition in their village in Buliisa district was for a road or a pipeline, but they knew it was connected to a multibillion-dollar oil project coming to the low plain beside Lake Albert.

"The surveyors told us we shouldn't use the land where they passed," Violet Bitamale told the Thomson Reuters Foundation, indicating an invisible line between a nearby tree and the house of her adult son.

But since then, nobody has come to develop the land and the family has received no compensation for it, noted her husband, Isaac.

The project is a joint venture between French energy giant Total and the state-owned China National Offshore Oil Corp. (CNOOC), in cooperation with the Ugandan government.

The companies will acquire land from hundreds of families around Lake Albert and 12,000 additional families along the 1,440-km pipeline route from Hoima district to the Tanzanian coast, according to the NGO reports.

In a speech this week, Ugandan President Yoweri Museveni said he expects the oil companies to reach a final investment decision on key parts of the project by the end of this year.

Officials say it will take another three years until the crude starts pumping, with government geologists estimating the country's reserves at 6 billion barrels.

Bitamale said before the surveyors came to her village, Total had told residents they would receive compensation for any land that was bought up - but only for the crops and structures that were already there, not new ones added later.

Families were informed they could plant seasonal crops, such as potatoes and maize, but not their staple food cassava, which takes up to two years to grow - because by that time their farmland could have become part of the oil project, she added.

"What should we eat now?" Bitamale asked.

Isaac said they are growing some cassava on a different plot, but it is not enough, so they also have to buy some.

Total said the land acquisition process follows international standards, and that "considerable efforts have been made" to keep households informed about delays, for example through radio messages and posters. 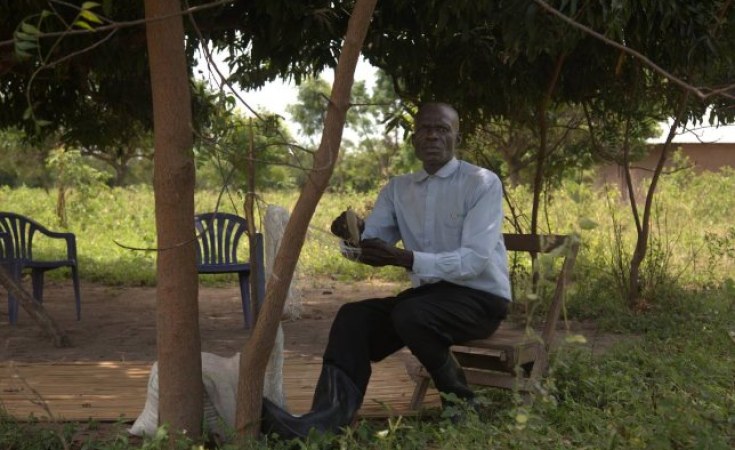 CNOOC Uganda said in emailed comments that it "complies with all the relevant Ugandan laws and regulations along with its own corporate standards that have to be met (to) respect human rights".

Oil companies have had their eye on the Lake Albert region since commercial quantities of crude were first discovered there in 2006. The planned development is expected to attract investments of $15-20 billion over the next five years.

According to public statements by the energy ministry and the Petroleum Authority of Uganda (PAU), a regulator, the development will include more than 400 oil wells, several processing facilities, and a refinery.

On Sept. 10, after signing a pipeline agreement with Total, Museveni said the government's share of oil earnings would support the country's infrastructure, education and health.

That agreement signalled renewed momentum, and Total said that it is starting to "resume and expedite the compensation process" for people who will lose land to the project.

The company said land belonging to more than 600 households was marked for acquisition in the first phase of the development.

But even before the first drop is pumped, the Total project and others in the venture "have been marred by allegations of human rights violations," said a joint statement by several human rights groups.

Families who have been affected by the projects have complained of "slow payments, disruption of children's education, loss of traditional sources of livelihood, and opaque resettlement processes," the statement said.

Rashid Bunya, a researcher at FHRI, said that "the government should not focus on earning from the oil. It should also first focus on protecting the people who are going to live with the oil".

"The ... initiative is a good project. The biggest challenge is how it has been handled. There's a problem of engaging with the community and so people's voices are not heard," he said.

Total said it had consulted with 68,000 people since the start of its component of the project and that the pipeline route was chosen so that just 488 families would need to leave their homes. 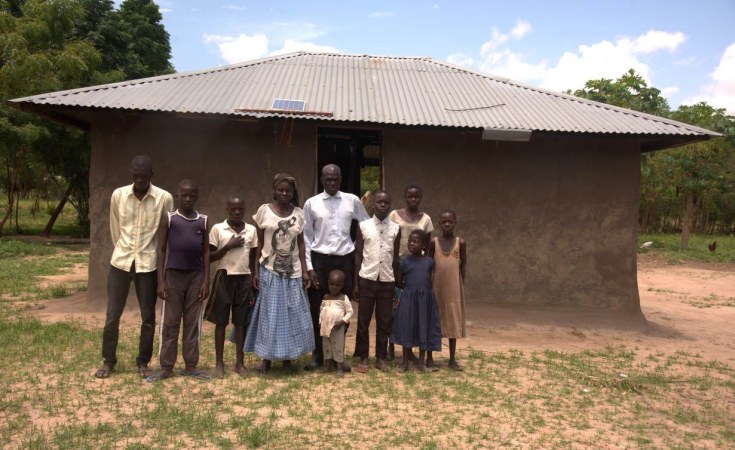 "The rates of compensation have been approved by the relevant governments based on market research," the company said.

Ali Ssekatawa, director for legal and corporate affairs at the PAU, acknowledged the development is facing delays and said affected communities were free to keep using their land "within limits".

In Buliisa, the disruptive effects of oil development are already being felt.

Bitamale said oil companies working in the area initially registered only men as the landowners, causing families to quarrel over compensation and even fuelling domestic violence.

The FIDH report noted that Total now requires both spouses to sign compensation contracts and pays women directly for their personal crops and property.

Fred Mwesigwa, who has lost three acres (1.2 hectares) to Total's central processing facility, said the 10 siblings in his family have fallen out over whether to accept resettlement or cash compensation, at rates he considers inadequate.

"That house belongs to my sister," he says, gesturing across his garden. "You just pass by, without (her) greeting us."

In a separate project further south, in Hoima district, the government is planning to build an oil refinery and an international airport which will fly in oil equipment.

That project has so far displaced more than 7,000 people, according to the Oil Refinery Residents Association (ORRA), a community-based rights group.

Although most families took cash compensation, about 70 opted for resettlement, noted Francis Elungat, a land acquisition officer at the Ministry of Energy and Mineral Development who confirmed the figures from the ORRA.

The families who chose resettlement now live in a government-built village, in rows of geometric houses with a faintly suburban feel.

One of the residents, Innocent Tumwebaze, said it is nothing like the homesteads they left behind, which had space to graze animals or construct separate huts for adolescent sons.

"As Africans, in our culture most families are extended families - you find the grandfather is there, the son, the daughter," Tumwebaze said.

"When they were planning this settlement ... we told them the kind of setting that we have in our community does not match with what we are doing here."

Previous Story
Next Story
Oil Pipeline to Displace 800 in Mubende

Oil Pipeline to Displace 800 in Mubende