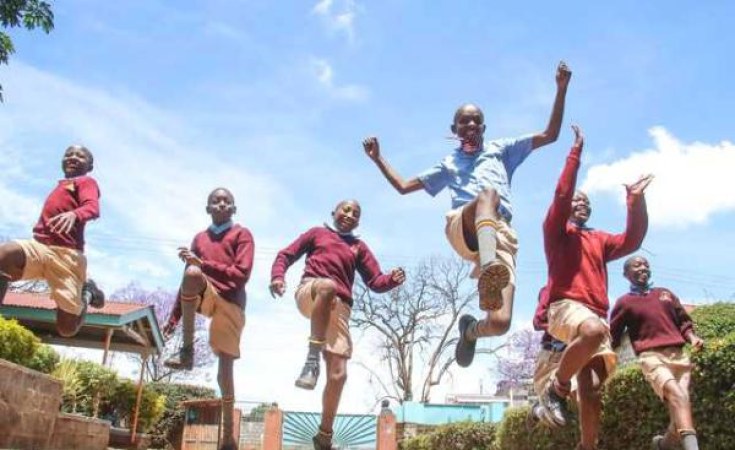 The time to reopen schools "is now", Education Cabinet Secretary George Magoha has said as he once again ruled out a January opening.

Even if the government were to wait until January 2021, he told MPs Wednesday, the Covid-19 situation is not going to change and children are safer in schools than at home.

"We must bite the bullet. It is now time to reopen schools," the CS told members of the National Assembly Committee on Education chaired by Nyeri MP Ngunjiri Wambugu.

The Cs said he is working with relevant stakeholders on "how" the schools will be open "very soon", even as he revealed that the recommendations of the education task force committee on Covid-19 factored in all issues affecting schools' reopening.

The task force had proposed a reopening date of between October 5 and October 19. He also said the new school calendar has been drawn in a way that ensures 2020 is not a lost year.

"Don't put me into a corner to give you the dates, what I can tell you for now is that I will issue the school calendar and dates will be announced in due course," he said. Prof Magoha said primary and secondary schools will reopen starting with classes sitting national examinations.

His pronouncement comes days after President Uhuru Kenyatta seemed to have put on hold a plan to reopen the schools in October. While addressing the country on Monday, Mr Kenyatta said the paramount consideration in the reopening should not be "when" but "how" and the safety of children.

"The lives of our children and their health is not a matter for debate," he said. The Head of State directed Prof Magoha to invite stakeholders and discuss on how schools will reopen and come up with a school calendar.

The CS Wednesday said the ministry has partnered with Unicef to supply 700,000 reusable face masks and a further 1 billion face masks in partnership with the KCB Bank to school children.

Further, he said, the ministry had also partnered with a private organisation that he did not name to supply all schools with thermometer guns.

In the plan, each school said will receive one thermometer gun but schools will be required to buy additional ones using the budgets they have received from the ministry.

The CS said teachers have been recalled in order for them to start preparing for the eventual reopening of schools and to prepare lesson plans and to ensure that the school syllabus is covered.

"Kenya is the only country that has not reopened schools in the region. Our neighbouring countries have reopened while others are planning to open this year and we cannot lag behind," said Prof Magoha.

On the issue on school desks, Prof Magoha said the ministry is in the final stages of identifying qualified artisans who will deliver the furniture to schools by October 19 as earlier planned.

"Anxiety about fees payment can be addressed by schools," said Prof Magoha.

The CS said water will be supplied in schools and funds will be disbursed to the institutions once they reopen.

Kenya National Union of Teachers (Knut) Secretary-General Wilson Sossion, who is also a nominated MP, said it is wrong to keep children in suspense.

"Consultations on how schools will be reopened should be fast-tracked to ensure that children are in schools as fast as possible," he said.

Basic Education Principal Secretary Belio Kipsang said the government this week release Sh13 billion in funding to schools to enable them to start preparing for reopening.

He said that, in the first term, the ministry released Sh31.8 billion to schools, which is 50 percent of capitation.

From the funds, he said, schools received Sh4, 500 to improve their infrastructure.

"Schools that have utilised their funds will have done a tremendous job for safe reopening," he said.

The MPs said they are ready to help schools to prepare through the Constituency Development Fund.