Africa and the World Continue to Allow Illegal Capital Flight 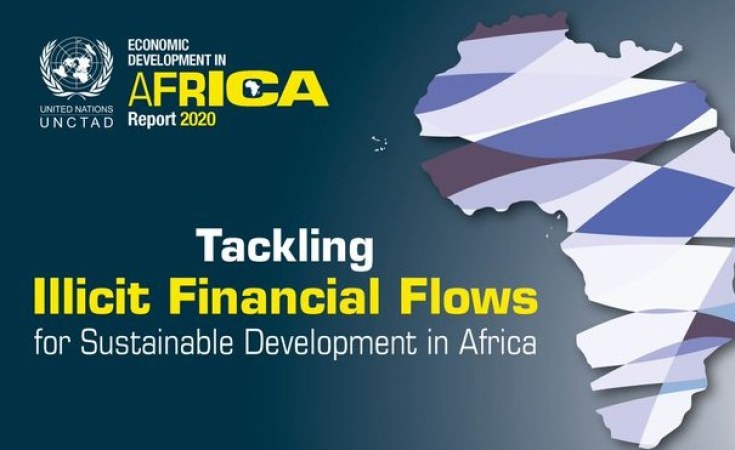 @UNCTAD/Twitter
UNCTAD Twitter image to illustrate the release of their Economic Development in Africa Report for 2020.
Institute for Security Studies (Tshwane/Pretoria)
analysis By Peter Fabricius

It's been five years since former South African president Thabo Mbeki and his high-level panel published their landmark report on illicit financial flows (IFFs) from Africa. They calculated that these flows - the proceeds of crime and corruption, but mostly also tax dodges by multinational enterprises - were costing Africa at least US$50 billion yearly in lost revenue.

This represents an outflow of capital considerably greater than the inflow of capital through foreign aid. Mbeki's report was full of useful recommendations to remedy the problem.

This month, however, the United Nations Conference on Trade and Development (UNCTAD) published a report that suggests that if anything, the problem has worsened. The report estimates that from 2013 to 2015, annual capital flight from Africa averages about US$88.6 billion. This compares to a combined official development assistance and foreign direct investment inflow of US$102 billion.

IFFs are particularly harmful to Africa, which relies more than other regions of the world on multinational enterprises tax as its domestic tax base is so small. UNCTAD says the lost US$88.6 billion yearly could bridge half the continent's gap to finance the UN's Sustainable Development Goals (SDGs) - the core of which is eradicating extreme poverty.

The report finds that the largest component of illicit capital flight from Africa, totalling $40 billion in 2015, related to 'extractive commodities' - more than three-quarters of it in gold alone, followed by diamonds and platinum.

Illegal capital outflows from three countries - Nigeria, Egypt and South Africa - accounted for over four-fifths of the total annually between 2013 and 2015. Nigeria alone made up nearly half of that, according to UNCTAD calculations.

Many of UNCTAD's recommendations for addressing this problem, rather depressingly, echo Mbeki's in 2015. It's clear from the UNCTAD report that both Africa and the international community could have done and should still do much more to staunch IFFs.

The Organisation for Economic Co-operation and Development (OECD) and the European Union (EU) have embarked on reform of the international tax system to close loopholes. These gaps allow corporations - in Africa, particularly mining and energy companies - to shift their profits to tax havens to avoid paying higher taxes in the countries where they actually make their money.

Some progress has been made but the two organisations have clearly met significant resistance from tax haven countries. The results so far - mainly through the anti-Base Erosion and Profit Shifting (BEPS) initiative - haven't been entirely equitable.

The report notes that several smaller tax havens have been named and shamed as 'non-cooperative jurisdictions' - resulting in some reforming their ways. But the EU hasn't listed larger countries such as Switzerland or the United States, and EU member states are simply exempted from the list, thereby letting off tax havens Ireland, Luxembourg and The Netherlands. Africa also has tax havens, notably Mauritius and Seychelles.

UNCTAD also chides African states for not really participating in these international negotiations to reform international tax, despite having so much to gain from them. The report notes that as of March 2020 there had been no official statements on an intergovernmental African position on the second wave of OECD proposals on the BEPS initiative.

These are mainly about addressing the dichotomy between corporations conducting their economic activities in one place - such as an African country - but having 'permanent establishment status' elsewhere, say in Europe. This enables their profits to be taxed off-shore in their headquarters country rather than in Africa, and 'lies at the core of the perceived injustices,' the report says.

It questions the extent of African engagement in these issues and calls for 'strong political leadership from Africa on international taxation reforms.' Africa should also be more involved in pushing for a UN body to regulate international tax since this would be more representative than the OECD and EU, which clearly have particular interests at stake.

UNCTAD offers many other recommendations for African governments. These include negotiating fairer tax treaties with multinational enterprises which now mostly favour the big corporations, it says, usually in a rather desperate effort to attract scarce foreign investments.

Some countries - such as Malawi, Rwanda, Senegal, South Africa and Zambia - have already cancelled or renegotiated tax treaties while Ireland and the Netherlands have reviewed the impact of their treaty networks on developing countries.

Among the clauses in tax treaties that should be reviewed, the report suggests, are those that treat affiliates of multinational enterprises as separate independent entities 'transacting with each other at arm's length.' In fact, many multinational enterprises use such affiliates to avoid paying taxes in the African countries where they operate, including through 'abusive transfer pricing.'

This entails a multinational enterprise mining copper in Zambia, for example, and then selling the copper at a low price to its marketing affiliate domiciled in an off-shore tax haven. This marketing arm then sells on the copper for its real market value but at a very low tax rate. The multinational enterprise pays little tax for the whole transaction and Zambia loses a lot of revenue.

Zambia and Senegal have already begun to address the problem, recently scrapping their double tax agreements with Mauritius. Their decision was taken because of clauses that prevented them from taxing payments from operations in their countries that were paid to shell companies in Mauritius. Senegal said it had thereby lost $257 million in 17 years.

The UNCTAD report also urges African countries to beef up their ability to recover IFFs. It notes that only US$1.5 billion has so far been recovered through the Stolen Asset Recovery Initiative established for this purpose in January 2020.

The report also proposes that African countries create protocols within the African Continental Free Trade Area - which is due to begin operating on 1 January 2021 - to avoid competition among themselves to lower taxes in order to attract investment. This has led to a 'race to the bottom' with a loss of much revenue.

UNCTAD also recommends that all African countries cooperate to monitor the flow of goods across their borders and beef up their national tax authorities to detect IFFs. Greater mobilisation of domestic resources has long been punted as the main way for African countries to finance their development and reduce their dependence on foreign aid. Effectively curbing IFFs would be a big step in this direction.