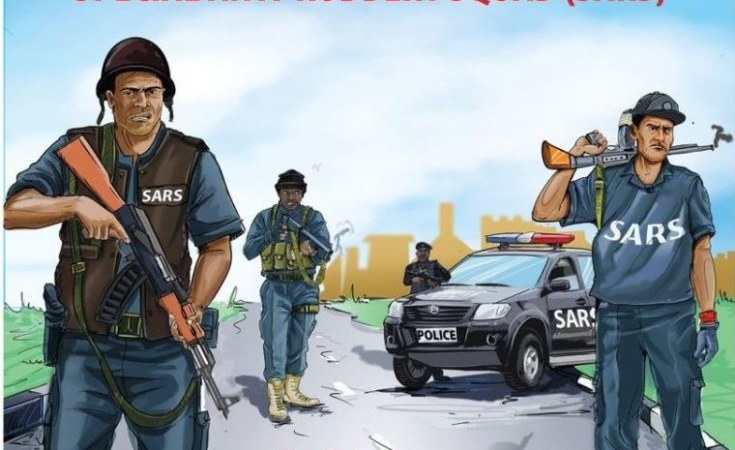 Following an increase in cases of police brutality, harassment and extortion of civilians in Nigeria, with Lagos being a hotspot, the Lagos State Police Command has released numbers for Lagos residents to lodge their complaints.

The police said this is part of its efforts to curb the excesses of the police in the state.

This is a reaction to the mass outcry against the Nigerian police and its Special Anti-Robbery Squad (SARS) for their alleged brutality, extortion and harassment against Nigerians.

The outcry against SARS, a dreaded and highly controversial unit of the Nigerian police force, resurfaced on social media on Saturday following reports of their brutality and harassment of citizens.

Through the #EndSARS and #SarsAlert hashtags, Nigerians have called on the government to disband this unit, as it is claimed to have caused many deaths and injuries in the country.

Ogun SARS kidnap and locked me up for 3days insisting I pay 300k because I was carrying Laptop for my DJ work , they tagged me a yahoo boy , Very painful I had to bail myself with half of the money #EndSARS #WarOnSARS Bloody sets of armed robbers !!!@segalink," a Twitter user, DJ Sino wrote about his experience.

Disclosing the efforts being taken by the Lagos command, Olumuyiwa Adejobi, police spokesperson in the state said further steps are being taken to curb police harassment and extortion.

"The safety of our residents is my number one duty as the CSO of Lagos. So, reading reports of seemingly unlawful exploitation by the people charged to protect is very worrying & needs to be addressed immediately. Be assured that appropriate actions will be taken, & speedily too," Mr Sanwo-Olu tweeted.

In its statement on Sunday, the police spokesperson said the commissioner for police has zero tolerance for unethical and inhuman conduct in the police and has ordered prompt action to check the excesses of officers in the state.

He thereby, "ordered all checkmating units in the command including provost, X-Squad, CP Monitoring Team and Public Complaint Bureau (PCB), to wake up to their duties and arrest any policeman who deviates from the normal ethics and Standard Operating Procedure (SOP) of the Nigeria Police within Lagos State.

"The Commissioner of Police, also urges members of the public to always take the pains of identifying such policemen who harass, brutalise and extort them, as Lagos State hosts many police formations aside from the Lagos State Command; such identification is sine-qua-non to immediate investigation and disciplinary actions against the erring personnel," the statement reads.

Mr Adejobi, a superintendent of police said the phone numbers belong to the Public Complaint Bureau of the command and are in addition to the already released phone numbers.

The general public can engage the hotlines to lodge complaints against police harassment, brutality and extortion, he said.