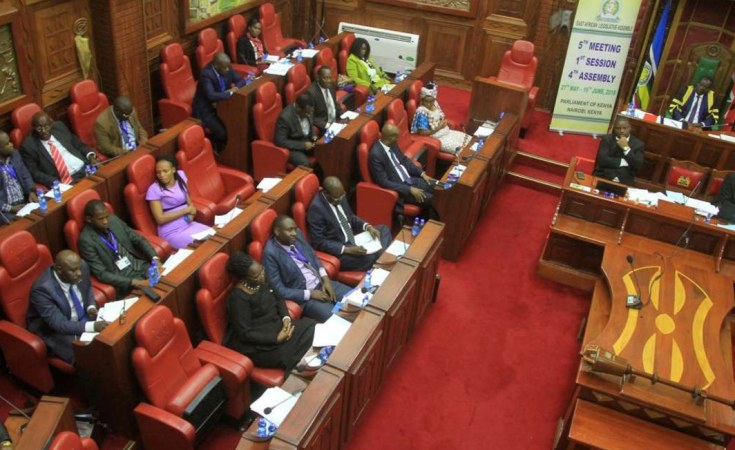 The East African Legislative Assembly is set on a collision course with the EAC Council of Ministers and the Secretariat after it approved a $104 million budget, $6 million more than the $97.6 million budget proposed in the Council's Appropriation Bill for the 2020/2021 financial year.

The Council of Ministers chairperson, who is also Rwanda's Minister of State in charge of East African Affairs, Nshuti Manasseh tabled a $97.6 million budget in his September 25 budget speech, but Eala members were shocked to learn that the Council had reduced its sitting sessions by almost half for this financial year prompting them to reinstate it plus the corresponding amount due.

The Council's reduction translated into allocation to the Assembly of $16.7 million. The Eala committee reinstated its sittings with corresponding amounts increasing their allocation to $23.06 million, an addition of $6.3 million.

The higher budget is also occasioned by different allocations to the EAC Secretariat, Eala and the East African Court of Justice (EACJ).

On September 30, Eala chairperson General Purpose Committee on Budget Denis Namara presented an overall $104 million budget in his statement, which was debated and approved by the assembly. According to the budget estimates, the Council of Ministers made a unilateral decision to reduce the number of Eala Plenary Sessions from six to four and the number of plenary days for each session from 21 to 14.

"Besides being a radical decision, it is the considered view of the Committee that this is an attempt to undermine and make the Assembly ineffective. Besides, according to the Treaty, in the exercise of its functions, the Council can't give directions to, among others, the Assembly," Mr Namara said.

"The Committee recommends that the Assembly considers and approves the EAC Estimates of Revenue presented by Mr Namara."

A review of the budget estimates showed that, whereas the rest of the EAC organs and institutions had a six percent reduction in their budgets or zero percent increase, the budget of the Assembly was significantly reduced by 12 per cent.

Prof Nshuti argued that the amount set aside for Eala was sufficient to carry out their activities.

"With regard to the Assembly's plans for the next financial year, financial provisions have been made to enable it discharge its legislative, oversight and representation functions," said Prof Nshuti.

But, the MPs would hear none of it. The Council of Ministers is now contemplating calling for an extraordinary meeting to resolve the matter.

Eala sitting allowances incurred between March and June amounting to $2.5 million are yet to be paid, a factor that has now put the House at loggerheads with the Council and Secretariat.

Also, Eala acknowledged that the workload at the EACJ has increased following the expansion of EAC activities and therefore wants funds allocated to cater for the court's extra days for court sessions. While the Council had allocated $3.9 million to the EACJ, the Assembly allocated an additional $22,800 to cater for an increase in the number of working days for the judges from 22 to 32, increasing the allocated amount to $4.1 million.

On the allocations to the office of the EAC Secretary-General Liberat Mfumukeko, the committee noted that some of its activities have either been overtaken by events or can't be implemented due to the Covid-19 pandemic.

The stalemate is now headed to a Council meeting for resolution.