Cote d'Ivoire: Independent Candidate Promises to Be a President for Peace 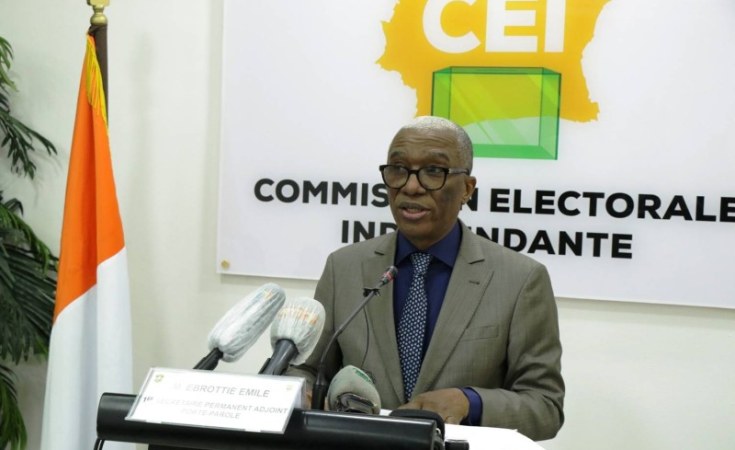 Kouadio Konan Bertin, a former member of the opposition Democratic Party of Côte d'Ivoire, now running as an independent has said he will make peace and national unity his priorities if he's elected president on 31 October.

Announcing his intention to run against incumbent president Alassane Ouattara, Kouadio Konan Bertin told a crowd of supporters in Abidjan that he was prepared to accept his responsibilities, and would act in the interests of peace and unity if elected.

His party, the opposition Democratic Party of Côte d'Ivoire (PDCI), reacted to the announcement by suspending the 51-year-old former Member of Parliament, popularly known as KKB.

This election has echoes of the illegitimate 2000 poll when most of major candidates, including Ouattara, were barred from contesting and others, such as PDCI, boycotted. It did not set Cote d'Ivoire on a good path.https://t.co/UlK1gAyWmN

The PDCI has already designated the 86-year-old former head of state, Henri Konan Bédié, as its official candidate. KKB says he intends to represent the nation's young people.

Poor performance on his last attempt

Kouadio Konan Bertin was a candidate in the 2015 presidential election, boycotted by the PDCI which decided to support Alassane Ouattara. KKB got less than the 4 percent of the vote on that occasion.

Kouadio Konan Bertin has been president of the PDCI's youth wing, and is currently a municipal councillor in Port Boüet, a suburb of Abidjan.

A candidate for the young

His supporters point to the fact that he is the youngest of the candidates. He himself has criticised the frozen political landscape in Côte d'Ivoire that has seen the same figures -- Ouattara, Bédié, Gbagbo -- emerge in recent elections.

Worse, the refusal of Laurent Gbagbo to accept defeat by Alassane Ouattara in 2010 led to violence in which an estimated 3,000 people lost their lives.

This year's campaign has already been marred by the deaths of at least 15 people in August, when Ouattara confirmed that he would run for a cortroversial third term.