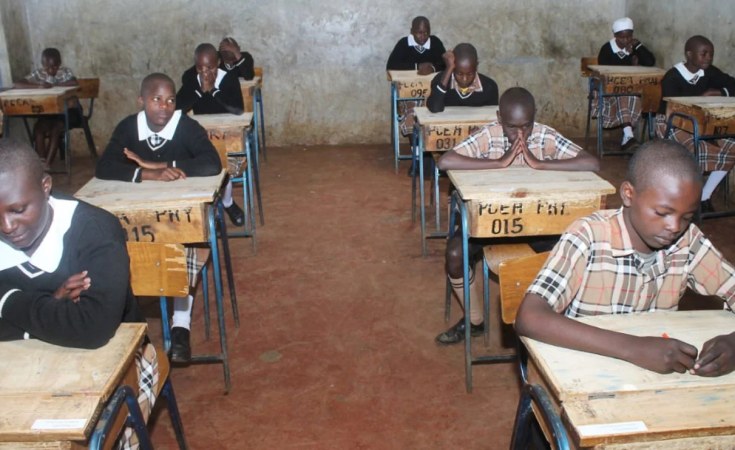 Schools will finally open from Monday next week, ending months of confusion and uncertainty on the resumption of studies amid concerns of unsatisfactory safety measures to protect learners from Covid-19.

Education CS George Magoha Tuesday released the schedule for resumption of studies, which will see Grade Four, Standard Eight and Form Four learners report for their second term on Monday.

He was silent on the fate of the other learners who number about 12 million.

"The Ministry of Education will immediately issue a comprehensive circular on reopening of all public and private schools," he said.

The announcement came a day after universities and middle-level colleges started phased opening of the institutions giving priority to final year students and those taking science courses.

The crash second term will take just 11 weeks, with schools closing on December 23, two days before Christmas. It will be a short holiday for the candidates and Grade Four learners as they will resume classes on January 4.

KCPE candidates will sit their examinations from March 22 to 24 while KCSE exams will be administered from 25 March to April 16 2021.

The programme released by Prof Magoha shows that KCSE exams will be marked in a record three weeks - from April 19 to May 7.

"Although physical distancing will remain a challenge, it should not be used as a bottleneck to keep any child away from school," the CS said.

Although Prof Magoha has directed all learners and staff to wear face masks at all times, have their temperature monitored and observe high levels of hygiene, the government has not provided money for the expenses, pushing the burden to parents.

Just an hour before Prof Magoha released the statement, the High Court ordered him to urgently convene a meeting of the parties in a case where he has been sued by a parent seeking the reopening of schools.

Justice James Makau ordered the CS to discuss modalities of the resumption of studies and submit a report to the court on October 14.

Earlier, the judge was furious that the CS and his Health counterpart Mutahi Kagwe had not filed replies since September 9. He ordered that responses to the suit and submissions be filed within three working days.

To prepare for the reopening, the Teachers Service Commission (TSC) directed teachers in all public schools to report to school last week. They have, however, been largely idle with learners staying at home.

"With the term dates for the Grade Four and Standard Eight, having being released, teachers will prepare to start a crash programme before Monday. We will, however, be waiting to for more directions from the ministry on funding."

School heads have been complaining about lack of financial support from the government during the six-month closure. They have struggled to settle bills and salaries for staff employed by the boards of management.

Kahi Indimuli, chair of the Kenya Secondary Schools Heads Association (Kessha), said the Ministry of Education should issue clear guidelines on school fees to ensure parents do not conflict with principals over fees payment.

"Clear directions need to be given on fees payment, the ministry should also give guidelines on how capitation for the Form Four students will be done."

Mr Indimuli said that with only one class opening in secondary schools, the issue of social distancing will not be a major problem.

"Teachers are ready for the learners," he said.

Why Parents Should Take Children Back to School

No Covid-19 Tests for Teachers and Learners